Pakistan said seven Indian soldiers were also killed in retaliatory fire but there was no confirmation from India. 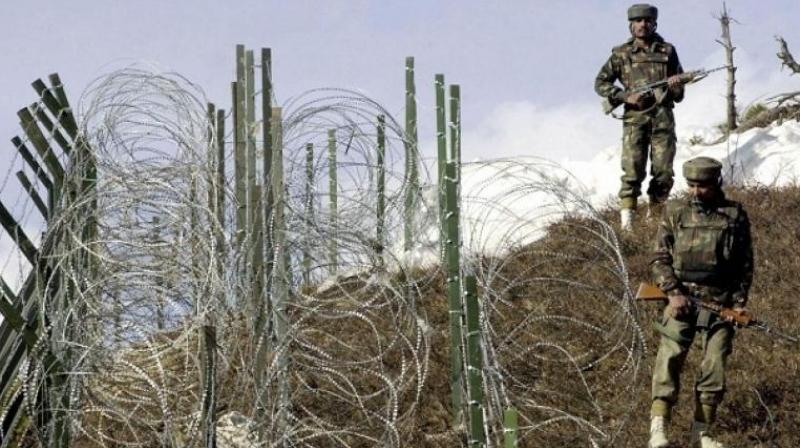 Muzaffarabad: Artillery fire and shelling from India targeted several villages and struck a passenger bus in PoK on Wednesday, killing 12 civilians and wounding more than a dozen others, the Pakistani military and officials said.

Hours later, Pakistan's military said three soldiers, including an army captain, were killed while responding to the Indian attack. It said seven Indian soldiers were also "killed in retaliatory fire" but there was no confirmation on the casualties from India.

According to Deputy Commissioner Waheed Khan, an artillery shell hit a passenger bus in the scenic Neelum Valley in the Pakistani part of Kashmir, killing 10 people - three died on the scene and seven later, at a hospital.

Another two civilians died when a mortar shell hit their house in the Nakyal sector in Kotli district, said police official Waseem Khan. The shelling sent residents fleeing in panic, he said.

At least 15 people were also wounded in the bus strike and elsewhere in Wednesday's attacks.

Sardar Masood Khan, the president of the Pakistani-governed part of Kashmir, denounced "India's aggression" in a statement and appealed to the international community to take notice of India's cease-fire violations in Kashmir. He also urged the United Nations Military Observer Group for India and Pakistan, or UNMOGIP, to "investigate these incidents and assign responsibility for these violations of ceasefire."

Earlier, an army statement said Pakistani troops were firing back on Indian military positions. The statement also said that an ambulance, which had rushed the scene of the attack, was fired upon by India.

Pakistani security officials said Wednesday's fire forced Pakistani villagers with their families to take to field bunkers, built years ago for such attacks. They spoke on condition of anonymity because they were not authorised to speak.

In India, army spokesman Col. Nitin Joshi said an intense exchange of fire was underway between the two sides.

Wednesday's escalation came a day after an Indian army spokesman Col. Rajesh Kalia said the attackers mutilated the body of one soldier in the Machil sector near LoC.

He did not specify if the attack was carried out by Pakistani soldiers or rebels fighting since 1989 against Indian rule in the region. Reports of the soldier's mutilation have inflamed sentiments, which likely contributed to the retaliatory exchanges.

In the past, the Indian military has blamed a combination of the Pakistani army's border action team and militants for carrying out operations along the Line of Control.

Deadly exchanges of fire in LoC have intensified in recent weeks. Tensions have escalated since militants attacked an Indian army base in Kashmir in September.

India said the militants were supported by Pakistan, charges denied by Islamabad. Both sides accuse the other of initiating the firing along the volatile boundary. So far this week, at least 18 people, civilians and soldiers, have been killed on both sides.

Last week, Pakistani army claimed to have shot down a small Indian drone in PoK, a day after the Pakistani navy claimed it had intercepted Indian submarines entering the country's territorial waters in the Arabian Sea.