Muslim brothers carried out two of the hotel suicide blasts in Sri Lanka on Easter, part of bombings that killed more than 320 people. 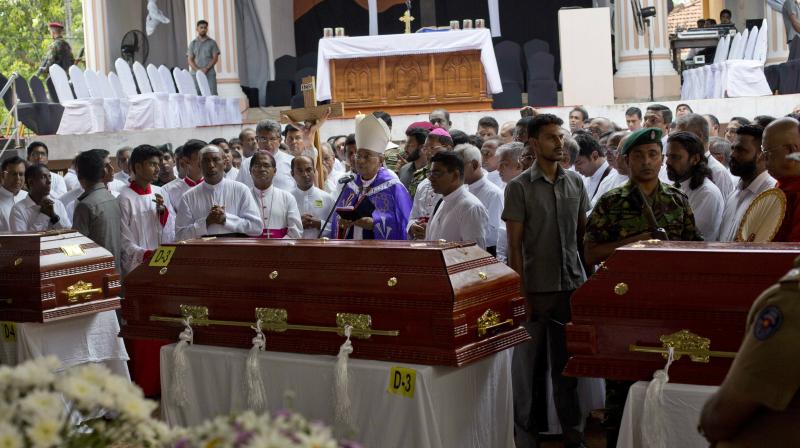 Colombo: Muslim brothers carried out two of the hotel suicide blasts in Sri Lanka on Easter Sunday, part of a wave of bombings that killed more than 320 people, police sources told AFP Tuesday.

The brothers, sons of a wealthy Colombo spice trader, blew themselves up as guests queued for breakfast at the Shangri-La and Cinnamon Grand hotels in the capital, the source said.

The sources also revealed that a fourth hotel was targeted in the string of bombings, but the attack failed. The brothers, whose names have not been revealed, were in their late twenties and operated their own "family cell", an investigation officer said.

But it was not clear what ties they had to the other bombers involved in the devastating attacks against three high-end hotels and three churches. The pair were key members of the Islamist National Thowheeth Jama'ath (NTJ) which the government has blamed for the attacks, the official added.

Official sources told AFP an attack had been planned at a fourth hotel. A bomber had checked into the hotel a day before the attack and given his address. He was at the site on Sunday, but did not detonate his explosives. It was not clear if they failed or he decided against detonating them for some reason.

But after the Shangri-la blast, staff at the unnamed hotel became suspicious and the man was tracked to a lodging near the capital. He blew himself up there when confronted by police, killing two bystanders.