Appellant Adnan Mazari, made PM Nawaz Sharif, the government and the Defence Ministry as respondents. 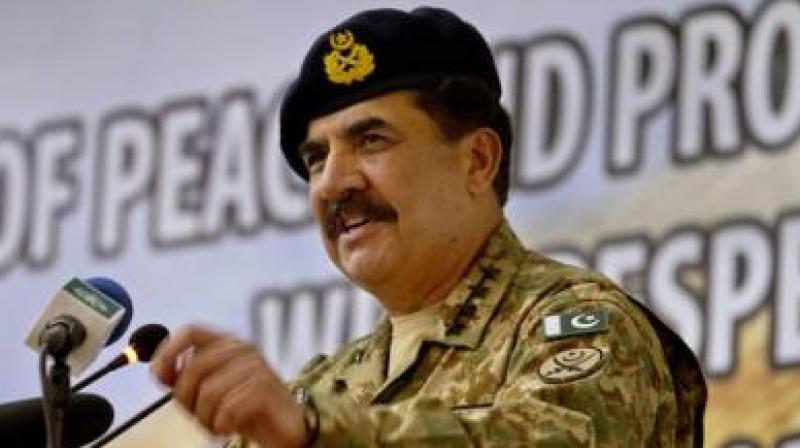 Islamabad: A week ahead of Raheel Sharif's retirement as Pakistan Army chief, a lawyer has approached the Supreme Court challenging a lower court's dismissal of a plea seeking direction to the government to elevate the powerful General to the rank of Field Marshal.

Terming the extension or conferring of the Field Marshal title as greatest national interest, a petitioner on Monday requested the court to set aside the Islamabad High Court's earlier order.

Appellant Adnan Mazari, who is a Rawalpindi Bar Association (RBA) member, made Prime Minister Nawaz Sharif, the government and the Defence Ministry as respondents. Raheel, 60, will retire on November 29 after a three-year stint.

Mazari contended that the IHC's order is illegal, unlawful and unconstitutional without taking into consideration the merit of the said post which is globally recognised and Pakistan is no exception.

"That the exemplary, outstanding and professional performance during peace and war time with total dedication and devotion by attaining the highest standards and mastery in battlefield our present COAS (Chief of Army Staff) needs national appreciation, award and recognition; and in our constitution of Pakistan no tenure/period of COAS is enshrined anywhere," the appellant contended.

The appeal stated that Pakistan recorded a substantial decrease in terrorism last year, with 45 per cent less attacks and 38 per cent less deaths reported in the year than the previous year, according to the report of the 'Global Terrorism Index (GTI) 2016.

He added that this is the second consecutive year in which Pakistan has seen reduction in terrorism.

Raheel will retire on and pass on the baton of command of the army to the next army chief at a ceremony by the end of this month. Raheel in January had said that he would not seek extension amidst speculation that he may get an extension.