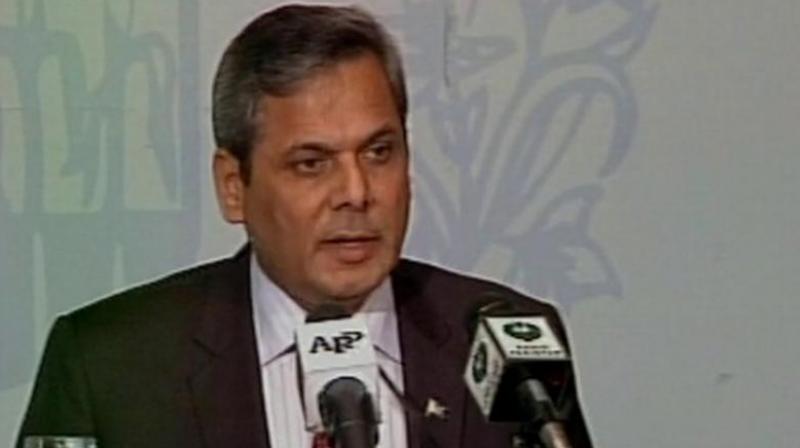 Islamabad: Pakistan said on Thursday that the UN has a "responsibility" to resolve the Kashmir issue, days after UN chief Antonio Guterres stated that he is engaged in bringing about an Indo-Pak dialogue to resolve the matter.

Foreign Office spokesperson Nafees Zakaria, at his weekly briefing, said Kashmir is an "internationally recognised" dispute and is outstanding on the UN Security Council agenda.

"UN has a responsibility by virtue of these UN Security Council Resolutions to resolve the issue and call upon India to immediately stop bloodshed of
Kashmiris," he said.

Zakaria lamented that the relevant UN Security Council Resolutions on the Kashmir dispute, which promise Kashmiris their right to self-determination in accordance with their wishes and aspirations, remain unimplemented.

Zakaria also stated that UN Secretary-General Guterres had offered mediation to resolve outstanding disputes between Pakistan and India soon after assumption of the office, which had been welcomed by Pakistan.

"A similar offer was made in March this year by his Office," he said. Zakaria's remarks come after Guterres said on Tuesday that he is engaged in bringing about a dialogue between India and Pakistan to resolve the Kashmir issue through his meetings with the prime ministers of the two countries.

Following Guterres' remarks, India affirmed that bilateral issues between India and Pakistan will have to be decided "bilaterally".

"I have seen the reply which has been reported in the media. Essentially the secretary general asked a question in response to a question... Bilateral issues have to be decided bilaterally and the UN secretary general has been made aware of that position," External Affairs Ministry spokesperson Gopal Baglay said in New Delhi today.

Zakaria claimed that the regional countries have also raised concerns over regional security situation due to the "intransigence and belligerent posturing" by India. He condemned the violence in Kashmir and urged that world human rights organisations to send fact-finding missions in Kashmir.