A total of seven suicide bombers carried out a series of eight devastating blasts that tore through churches and luxury hotels in Sri Lanka. 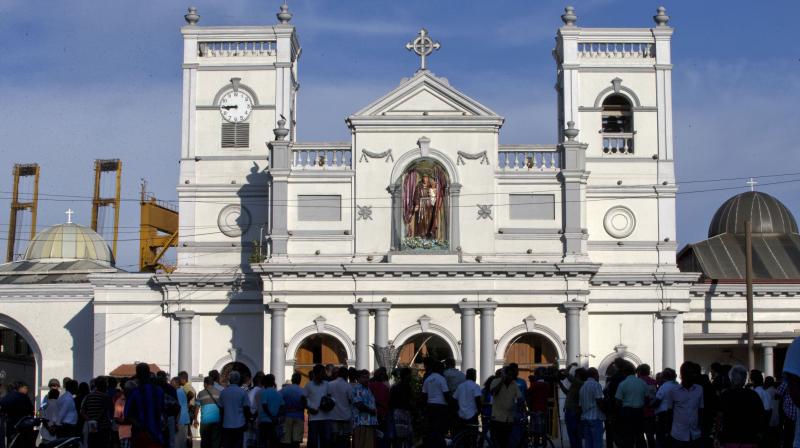 290 people were killed in the country's worst terror attack. (Photo:AP)

Colombo: A total of seven suicide bombers carried out a series of eight devastating blasts that tore through churches and luxury hotels in Sri Lanka on Easter Sunday, killing 290 people in the country's worst terror attack, the Government Analysts Department said on Monday.

The blasts targeted St Anthony's Church in Colombo, St Sebastian's Church in Negombo and Zeon Church in Batticaloa when the Easter Sunday mass were in progress. Three explosions were reported from the five-star hotels - the Shangri-La, the Cinnamon Grand and the Kingsbury.

"The attacks which had taken place at the Shangri-La, Kingsbury, and Cinnamon Grand hotels and also at St Anthony's Church in Kotahena, St. Sebastians Church in Katuwapitiya, and the Zeon Church in Batticaloa have been identified as suicide bombings," the Sunday Times reported, quoting the Government Analysts Department.

Hours after the six blasts, another explosion rocked Colombo. When a police team entered a house in the Colombo north suburb of Orugodawatta to conduct a search Sunday, a suicide bomber blew himself up causing a concrete floor of a two-storey building to crash on them, killing three policemen in the eighth blast.

"A total of seven suicide bombers had carried out these explosions," the department said. The death toll Monday sharply rose to 290, including six Indians, from the blasts - the worst terror attack in the country's history.

There was no immediate claim of responsibility, but police on Monday arrested 24 people and declined to give further details. The government has said it will not disclose the details of the suspects involved in the attacks to prevent them from getting publicity.

Meanwhile, media reports said that there was prior intelligence warning that the National Thowheeth Jama'ath - a radical Muslim group - was planning to carry out suicide attacks targeting prominent churches in Colombo.