Pakistan runs to UN again, this time over Priyanka Chopra 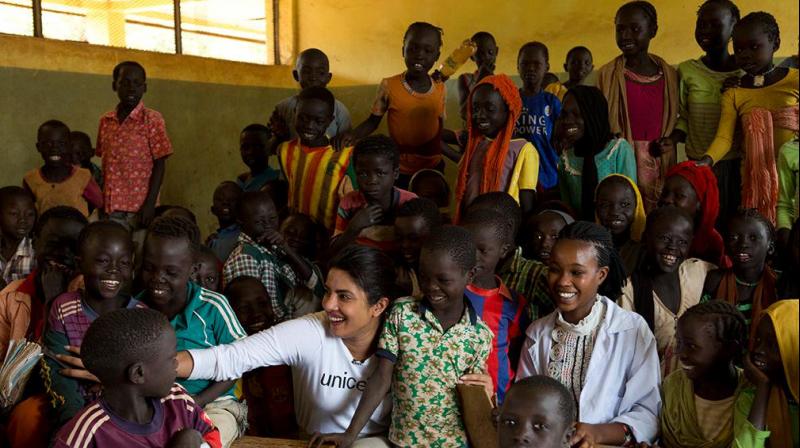 Priyanka Chopra was made a UNICEF Goodwill Ambassador in December, 2016. (Photo: Twitter)

In the letter, Mazari wrote: “Ms Chopra has publicly endorsed Indian government position on Kashmir and also supported the nuclear threat issued to Pakistan by the Indian Defence Minister. All this goes completely against the principles of peace and goodwill that Ms Chopra is supposed to uphold as an UN Goodwill Ambassador for Peace.”

“Her jingoism and support for violations by the Modi government of international conventions and UNSC resolutions on Kashmir, as well as support for war, including a nuclear war, undermines the credibility of the UN position to which she has been elevated. Unless she is removed immediately, the very idea of an UN Goodwill Ambassador for Peace becomes a mockery globally,” the minister added.

Earlier, Chopra was criticised for reacting poorly to being called out for her pro-war tweet by an indignant Pakistani fan.

Ayesha Malik, a Pakistani, had called Chopra a “hypocrite” during a Beauty Con panel talk in Los Angeles, for tweeting in favour of a war between Pakistan and India during escalating tensions.

Priyanka Chopra was made a UNICEF Goodwill Ambassador in December, 2016.