Pakistan: Noted terrorist in US to contest from Sharif's constituency

Born in Bhawalpur in 1972, Yakub was listed as a Specially Designated Global Terrorist by US Treasury Department in 2012. 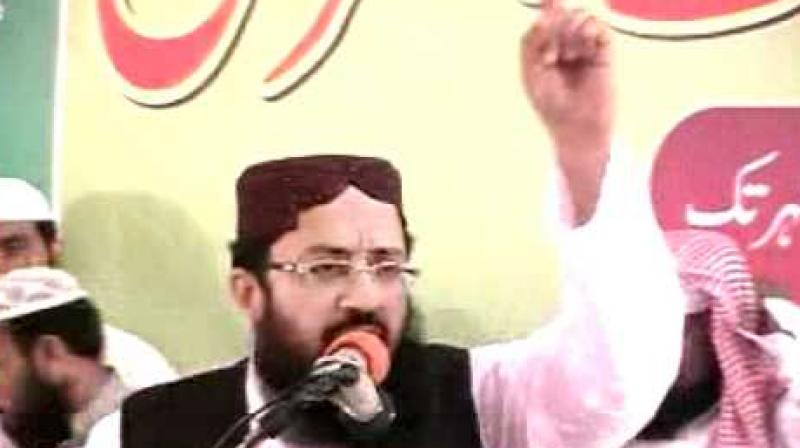 Qari Mohammad Yakub Sheikh is the representative of Jamaat-ud-Dawa (JuD) in the Difa-e-Pakistan Council. (Photo: ANI/twitter)

Born in Bhawalpur in 1972, Yakub was listed as a Specially Designated Global Terrorist by US Treasury Department in 2012.

Yaqub will contest against Kulsoom Nawaz under the banner of JuD's political outfit Milli Muslim League (MML) from the National Assembly constituency NA-120 (Lahore) that earlier elected Nawaz Sharif, the deposed Prime Minister of Pakistan. He is holding a Master degree in Islamic Studies from University of Punjab, Lahore.

Yakub is the representative of Jamaat-ud-Dawa (JuD) in the Difa-e-Pakistan Council. He is also holding the post of JuD's Bain-ul-Jamaat Rabtaa (Communication with Foreign Religious Organisation).

Central advisory committee member of Lashkar-e-Taiba (LeT) Qari Muhammad Yakub Sheikh has held several different leadership positions in the group since approximately 2006, including acting as the department's Deputy Director of political and foreign affairs between 2008 and 2009.

As of mid-2008, Sheikh was also in-charge of LeT's Islamabad office, including managing LeT's general operations in and around Pakistan's capital.

Between 2008 and 2011, Sheikh managed LeT front organizations that were used to raise funds and recruit on behalf of the group. Sheikh also worked for Falah-e-Insaniat Foundation (FIF), from early 2009 until mid-2010, and was replaced as the FIF head by Hafiz Abdur Rauf.

As of early 2010, Sheikh was the head of LeT's ulema (clerics) wing. He has also worked LeT's international donors. In the late 2006 and late 2007, Sheikh was part of an LeT delegation that travelled to the Gulf on behalf of LeT seeking support.

Yakub Sheikh, a terrorist who is known to threaten world leaders like Prime Minister Narendra Modi is now readying to play an active role in Pakistani politics.

Analysts in Pakistan believe the MML might not be able to sweep the elections anywhere in Pakistan, but has the potential to emerge as a strong pressure group in local political alliances.