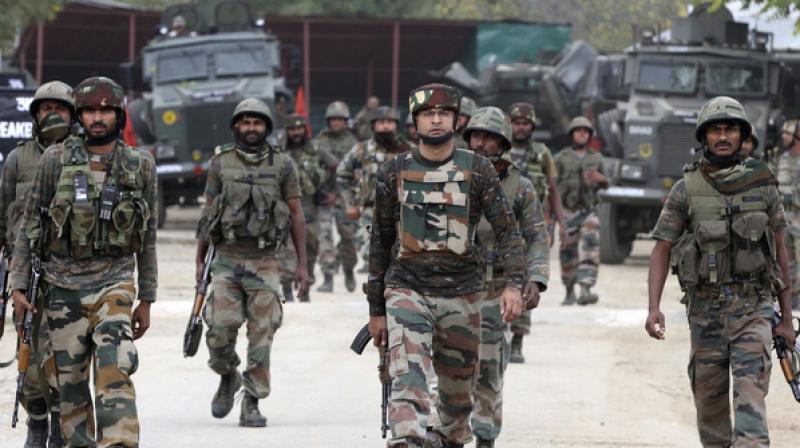 India will participate in a multi-nation military drill in Nepal aimed at training defence personnel for participation in the UN peacekeeping missions. (Photo: AP)

Kathmandu: Over 1,000 army personnel from 28 countries, including India, are participating in a multi-nation military drill in Nepal aimed at training defence personnel for participation in the UN peacekeeping missions.

The 15-day military exercise, kicked off on Monday at Birendra Peace Operation Training Centre, Panchkhal. As many as 1,024 Army personnel are taking part in the exercise conducted by Nepal Army jointly with the Pacific Command of the US Army (USPACOM).

The military exercise is expected to create an environment for those who get deployed in the peacekeeping missions in war-hit countries across the world.

This will also help strengthening the military relationship and also learning from each others experience, a statement issued by Nepal Army headquarters said.

Inaugurating the exercise, Prime Minister Prachanda said UN peacekeepers are the vanguard and one of the key tools of the international community to restore peace and security in the conflict-hit areas.

"I hope this exercise will enable all the participants to deliver their duties and responsibilities with professionalism and dedication to uphold the earned glory of their predecessors as UN peacekeepers," he said.

Commander of USPACOM Admiral Harry B Harris Junior also was present during the inaugural function.