Tens of thousands of Afghan forces fanned out across the country as voting began after a campaign marred by relentless violence. 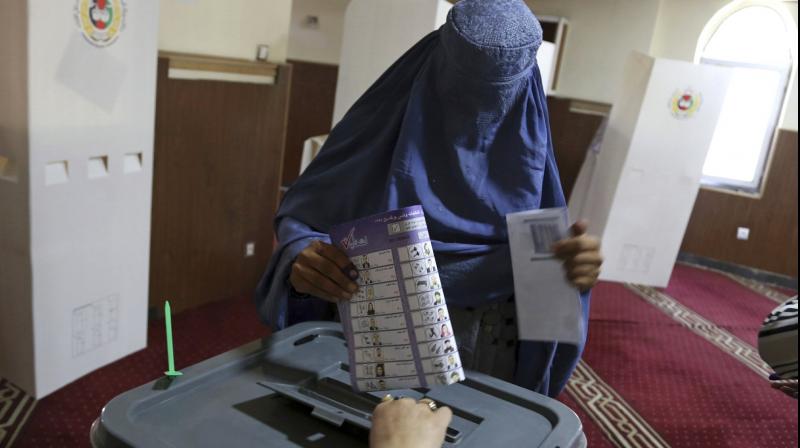 Kabul: Tens of thousands of Afghan forces fanned out across the country as voting began Saturday in parliamentary elections that followed a campaign marred by relentless violence.

Afghan President Ashraf Ghani marked his ballot at the start of voting. In a televised speech afterward, he congratulated Afghans on another election and praised the security forces, particularly the air force, for getting ballots to Afghanistan’s remotest corners. He also reminded those elected to Parliament that they are there to serve the people and ensure the rule of law.

“We don’t care about their threats. The Taliban are threatening us all the time,” said 55-year-old Baksh, who said he wanted to see a new generation of politicians take power in Afghanistan’s 249-seat Parliament. He bemoaned the current Parliament dominated by warlords and a corrupt elite. “They have done zero for us.”

In the run-up to the elections, two candidates were killed while polling in Kandahar was delayed for a week after a rogue guard gunned down the powerful provincial police chief, General Abdul Raziq.

In the capital of Kabul, security was tight, with police and military personnel stopping vehicles at dozens of checkpoints throughout the congested city.

Commission deputy spokesman Aziz Ibrahimi said results of Saturday’s voting will not be released before mid-November and final results will not be out until later in December.

More than 50,000 Afghan National Security Forces personnel have been deployed to protect the 21,000 polling stations. Insecurity forced the election commission to close nearly a third of its polling centers and cancel elections in 11 of nearly 400 districts. As well as Kandahar, elections will not be held in Ghazni province, where polls have been postponed until next year.

The Taliban have vowed to disrupt Saturday’s vote, warning teachers and students not to allow schools to be used for as precincts and warning Afghans to stay away from the polls.

Ghani said Afghans alone are carrying out elections as he praised the millions of voters who registered, defying threats from insurgents.

“I thank you from the bottom of my heart,” he said. “The more than 8 million people who registered have shown that they themselves will decide the future of Afghanistan.”