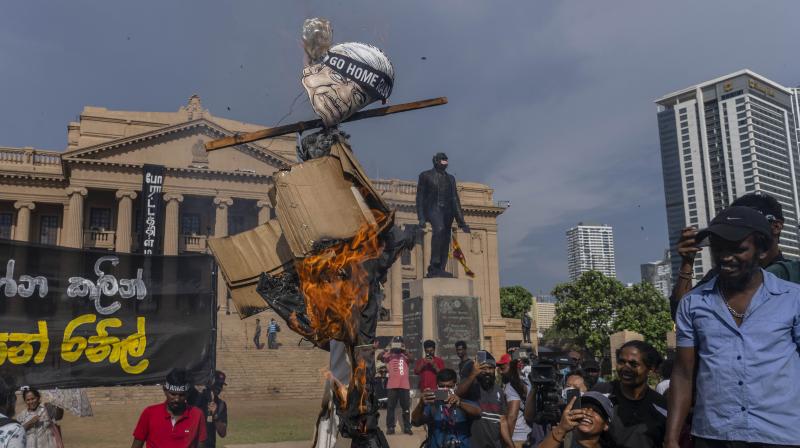 Colombo: The Sri Lankan Parliament on Wednesday began voting to elect the successor to Gotabaya Rajapaksa in a three-way presidential contest, following a high-voltage political drama which saw the former president fleeing the country and resigning after a popular uprising against his government for mismanaging the economy.

A candidate has to cross the magical figure of 113 in the 225-member House to win the election.

Wickremesinghe, 73, is seen as the frontrunner as he has the backing of the ruling Sri Lanka Podujana Peramuna (SLPP).

Wickremesinghe faces a serious challenge from 63-year-old Alahapperuma, who is backed by the main opposition.

The only previous occasion when the presidency became vacant mid-term was in 1993 when president Ranasinghe Premadasa was assassinated. DB Wijetunga was unanimously endorsed by Parliament to run the balance of Premadasa's term.

The new president elected on Wednesday will serve the remaining tenure of Rajapaksa till November 2024.

After the election, Parliament will convene again on July 27.