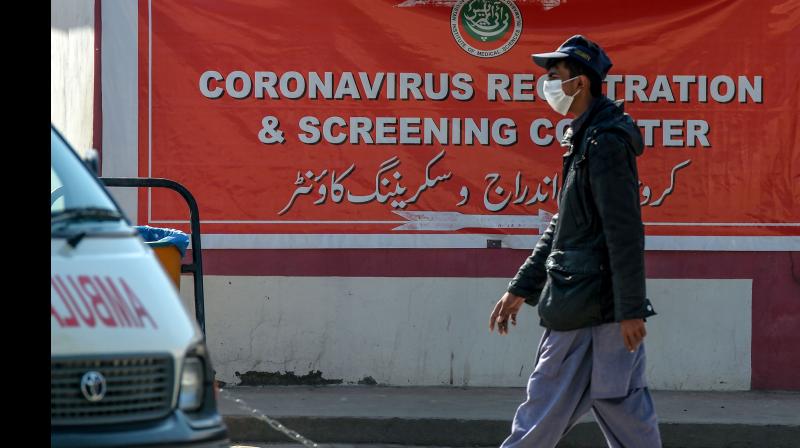 Islamabad: Pakistan's coronavirus cases sharply rose to 453 on Thursday, as the military said measures are being taken to make the armed forces' medical facilities available for an "extreme emergency" situation.

Pakistan on Wednesday reported its first two casualties due to the coronavirus that has spread to more than 160 countries, killing over 9,000 people.

On Thursday, maximum new cases were recorded in Balochistan where the number of infected people rose to 81 from 23. Punjab was the next where the number rose from 33 to 78, the Dawn reported.

But the worst-hit Sindh province was still on the top with 245 confirmed cases, while Khyber-Pakhtunkhwa had 23, Islamabad 2 and Pakistan-occupied Kashmir and Gilgit-Baltistan 24, the paper said.

Army spokesman Major General Babar Iftikhar told the media that army was fully geared up to support the civil administration in fighting coronavirus.

"Medical facilities of armed forces will be available in case of emergency," he said.

Pakistan also announced on Thursday to close down Wagah border with India for two weeks.

The interior ministry through a notification said that it closed the key border point with India "for an initial period of two weeks (14 days) with immediate effect".

It said the measure was taken to "prevent the spread of COVID-19, in the best interest of both countries."

Pakistan's western border with Iran and Afghanistan had already been closed to curb the spread of the deadly virus.

"Pakistan is taking measures to stop the spread of the infection," the Prime Minister's Advisor on Health Dr Zafar Mirza told the media.

He said that Pakistan would learn from China's experience. "Our doctors will be trained by Chinese doctors through video conferences," he said.

Mirza asked people to practice social distancing which will help to reduce the infections.

In Karachi, which is one of worst-hit areas, Christian leaders suspended Church services.

The Foreign Office announced to hold indirect press conference as a precautionary measure to control the spread of coronavirus.

Foreign Office spokesperson Aisha Farooqui said that reporters can submit questions through email and answers will be published on the ministry's website.