The 81-year-old Dalai Lama inaugurated an international seminar on Buddhism on March 17 in Rajgir in Bihar's Nalanda district. 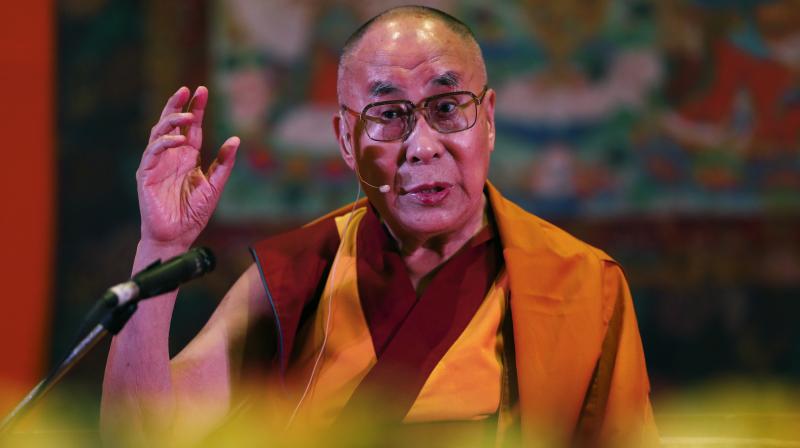 Beijing: China on Monday warned India not to go against its "core concerns" to avoid disruption in bilateral ties after New Delhi invited the Tibetan spiritual leader Dalai Lama to an international Buddhist seminar in Bihar.

"In recent days the Indian side, in total disregard of China's stern representation and strong opposition, insisted on inviting the 14th Dalai Lama to attend the international conference on Buddhism held by the Indian government," Foreign Ministry spokesperson Hua Chunying told reporters here.

"China is strongly dissatisfied and firmly opposed to it," she said. "We urge the Indian side to clearly see the anti-China splittist nature of the Dalai group and honour its commitment on Tibet and related questions, respect China's core concerns and avoid China-India relations from being further disrupted and undermined," she said.

The 81-year-old Dalai Lama inaugurated an international seminar on Buddhism on March 17 in Rajgir in Bihar's Nalanda district, about 100 km from the capital Patna.

Buddhist monks and scholars from various countries participated in the seminar 'Buddhism in 21st Century'. Earlier this month, China had objected to India permitting the Dalai Lama to visit Arunachal Pradesh which it regards as Southern Tibet.

"China's position on eastern section of China-India border dispute is consistent and clear. The Dalai clique has long been engaging in anti-China separatist activities and its record on the border question is not that good," he had said.

China views the Nobel Peace laureate, who fled into exile in India after a failed uprising against Chinese rule in 1959, as a dangerous separatist.

China, in the past, held talks with him for reconciliation after he fled from Tibet. But no such talks were held after President Xi Jinping took over as the new leader in 2012 and Beijing kept pressure on various countries not to host him.