Pictures on social media showed a huge plume of smoke rising over Kandahar, and Hayat said about six trucks carrying goods had burnt. 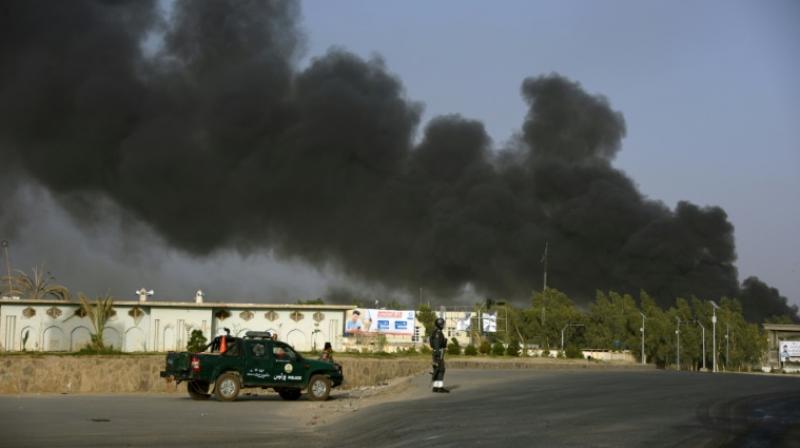 The governor's office said nine civilians were killed in the attack. (Photo: AFP)

Kandahar: Atleast 12 people, including seven civilians, were killed in a Taliban attack on Kandahar police headquarters on Thursday.

Atleast 60 others including 40 security forces members were wounded in the attack, reported Tolo News.

Kandahar police at around 7:00 pm said the attack has ended.

However, the governor office said nine civilians were killed in the attack.

President Ashraf Ghani has condemned the attack and said that the Afghan government is seeking ways for peace but the Taliban by such attacks shows that they do not want peace and stability.