A media report said that Khawar Qureshi will continue to represent Pakistan in the court. 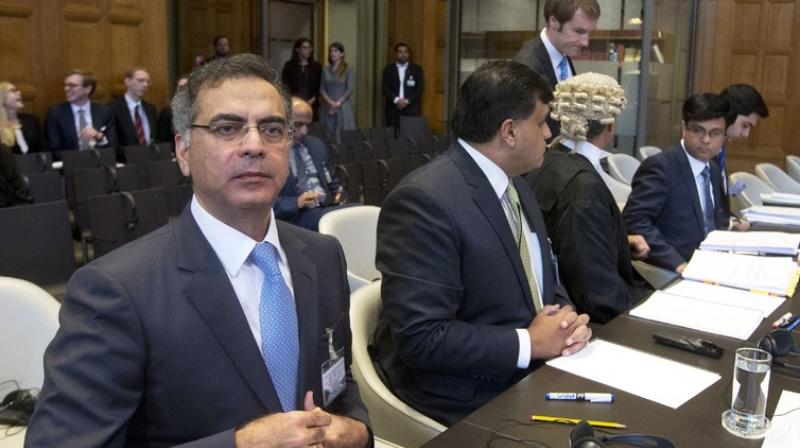 Islamabad on Friday filed a plea in The Hague to rehear the case within six weeks. (Photo: AP)

Islamabad: A day after the International Court of Justice (ICJ) stayed the death sentence awarded to former Indian Naval officer and alleged Indian spy Kulbhushan Jadhav by the Pakistan military court, Islamabad on Friday filed a plea in The Hague to rehear the case within six weeks.

"Pakistan was set to re-challenge the jurisdiction of the International Court of Justice after it granted injunction on Thursday on an Indian plea to stay Jadhav's execution," said Dunya News.

According to the report, Khawar Qureshi will continue to represent Pakistan in the court.

Justice Ronny Abraham of the ICJ said that the case was indeed debatable, while also adding that the ICJ had prime facie jurisdiction in the case.

Abraham added that under the Vienna Convention, India should have received consular access to seek justice for the former Indian Naval officer.

A military court awarded death sentence to Jadhav on April 10 on spying and terrorism charges. According to law, he can make a clemency appeal to the Chief of the Pakistan Army within 60 days of the verdict of the appellate court. This means Jadhav can challenge till the end of Saturday his death sentence in an appellate court.