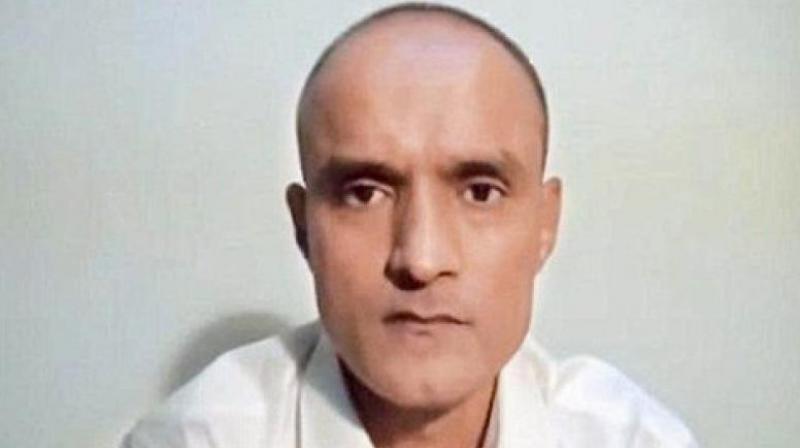 Jadhav, the 46-year-old former naval officer, has been sentenced to death by a Pakistani military court for alleged espionage and subversive activities. (Photo: AP)

His statement was in conflict with that of the foreign office which said Pakistan does not accept ICJ's jurisdiction in matters related to the national security.

"We will accept the decision of ICJ on Kulbhushan," Sanaullah told reporters at the Punjab Assembly.

"Although Kulbhushan's case does not fall in the jurisdiction of the ICJ but Pakistan accepts its decision," he said.

The minister further said Pakistan has strong evidence of Kulbhushan's involvement in espionage.

Foreign Office spokesman Nafees Zakaria had said India has been "trying to hide its real face" by taking the case of Jadhav to ICJ.

"The real face of India will be exposed before the world," he told the state-run Pakistan Television.

Jadhav, 46, has confessed his crimes of sabotage, terrorism and subversion activities not only once but twice, he said.

Zakaria said Pakistan has already informed the ICJ that it does not accept its jurisdiction in matters related to the national security.

"Indian industrialist Sajjan Jandil's secret meeting with Sharif in Murree (a hill resort near Islamabad) paid off. It was outcome of post-Jindal visit. The game of Sharifs-India was on. We could have withdrawn our consent to automatic acceptance of ICJ jurisdiction," Imran Khan's Pakistan Tahreek Insaf senior leader Shireen Mazari said.

"We did not explain our appeal and review system to show there was no urgency - we simply said Kulbhushan would be executed in August 2017. We did not prepare our case at all once. We decided to go before ICJ so we lost on each point raised by India including urgency of matter," she said.

But there was no official response from Pakistan’s powerful military, said a report in the Indian Express. This is significant given that Jadhav was tried by a military court.

Now the task before Sharif, who returned from a trip to China and Hong Kong on Thursday, is how to convince the military to grant India consular access to Jadhav. Ties between the civilian government and the military have been strained ever since the Dawn Leaks probe.

There is also anger in the political establishment in Pakistan that the PM and 4 cabinet ministers were abroad when the trial took place, said the report.