The disputed territory between India-Bhutan-China is claimed by Beijing as its territory; however, it belongs it Himalayan state. 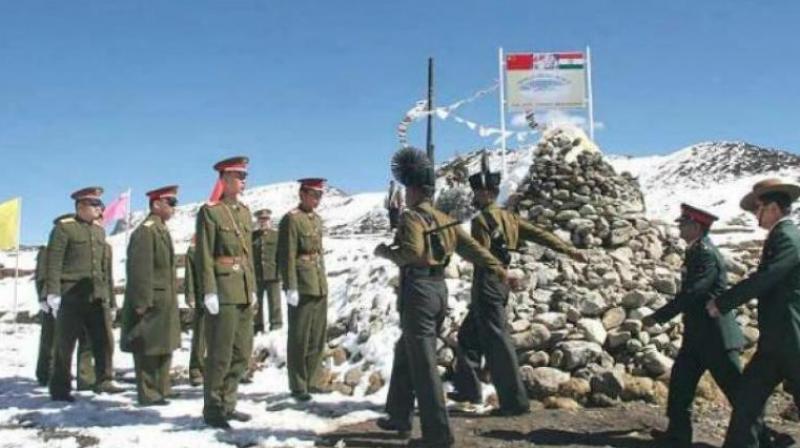 India and China have been locked in a prolonged standoff in the area in the Sikkim sector since June 16 (Photo: Representational/PTI)

Beijing: Dismissing the reports of Japan extending its support to India, Beijing on Friday reiterated that, ‘it’s India, and not China which has attempted to change the status quo in Doklam area near the Sikkim border,’ a Hindustan Times report said.

Chinese foreign ministry spokesperson Hua Chunying during a media briefing alleged India for the standoff at Doklam and rejected the Japanese envoy to India, Kenji Hiramatsu’s statement as uninformed, the report said.

Kenji Hiramatsu, on Friday, had said no country should use unilateral forces to change the status quo on the ground. The disputed territory between India-Bhutan-China is claimed by Beijing as its territory; however, it belongs it Himalayan state.

“I have seen that the Japanese ambassador to India really wants to support India (on the military standoff.) And I want to remind him not to randomly make comments before clarifying relevant facts,” Hua told a regular news briefing.

Hua also said, “In Doklam, there is no territorial dispute. The boundary has been delimited and recognised by both sides (India and China)”, however, “The attempt to change the status quo illegally is by India, not China.”

Blaming India for Doklam impasse, spokesperson Hua, said India should immediately withdraw its troops without further delay as this is just a precondition for any meaningful talks between the two sides.

Chinese military expert on Thursday in an editorial had said that China will allow India to take back its troops before BRICS summit, scheduled for September and if it fails to do so, Bejing may take regressive action against New Delhi.

The standoff began three months ago when China started constructing a road in the area. India objected to the road construction after the Chinese troops ignored Bhutanese protests, triggering the faceoff from June 16.