British authorities shared no details of the investigation being conducted by the UK’s National Crime Agency. 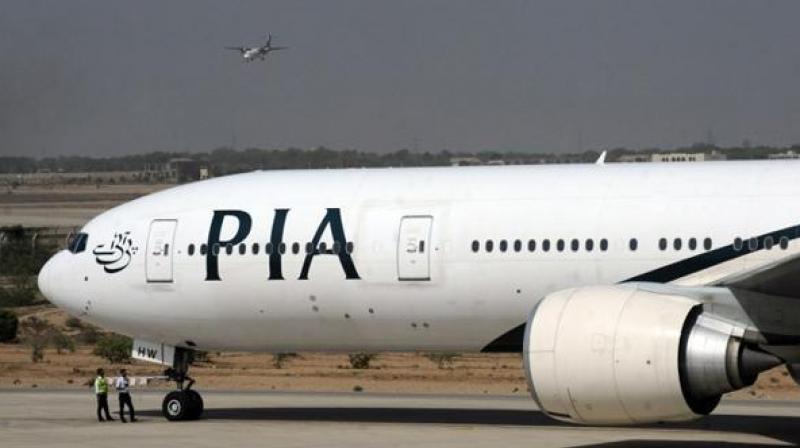 The issue surfaced on May 15 when a Pakistan International Airlines (PIA) Boeing 777 was searched and its 14-member crew detained for hours after it landed at the airport. (Photo: AFP/Representational)

Islamabad: Drug smuggling is never one-sided, a senior Pakistani official said as Islamabad offered to assist British authorities in a probe into the alleged seizure of heroin on a PIA plane at Heathrow airport. However, British authorities shared no details of the investigation being conducted by the UK’s National Crime Agency.

The issue surfaced on May 15 when a Pakistan International Airlines (PIA) Boeing 777 was searched and its 14-member crew detained for hours after it landed at the airport. Prime Minister’s Aviation Adviser Sardar Mehtab Abbasi said that Pakistan was ready to help in the probe, Dawn reported.

“Drug smuggling is never one-sided. Somebody there had to receive whatever was concealed in the aircraft. A big chain could be involved because it can’t be done by an individual. And opening an aircraft’s cavities is a technical job which can’t be done by an ordinary person,” Abbasi said on Wednesday. The crew was released but UK officials said that they recovered an unspecified quantity of heroin hidden in the plane, leading to a major embarrassment to Islamabad.

He said that the internal profiling of the crew had been started by the PIA vigilance department and a meeting of all stakeholders — the Anti-Narcotics Force (ANF), Airport Security Force, Customs and the airline’s officials — was called on Thursday to review the situation.

“Unlike the past practice, this time the issue of narcotics smuggling through a PIA plane will not be buried and those who use the national flag carrier for such criminal activities will not be spared,” he said. Abbasi said neither the government nor any department including the PIA or the ANF had been informed verbally or in writing by any security agency of the UK about narcotics found in the aircraft.

The adviser said it would be difficult to launch an investigation or fix responsibility unless the Pakistani authorities received an official communication regarding the drug seizure claim. According to sources, before taking off for the UK PK-785 remained parked at Benazir Bhutto International Airport in Islamabad for about two hours and forty-five minutes on May 15 but the aircraft was not searched by sniffer dogs as per the standard operating procedure.