The newly-elected Speaker of the House, Asad Qaiser announced the process for the Prime Minister poll. 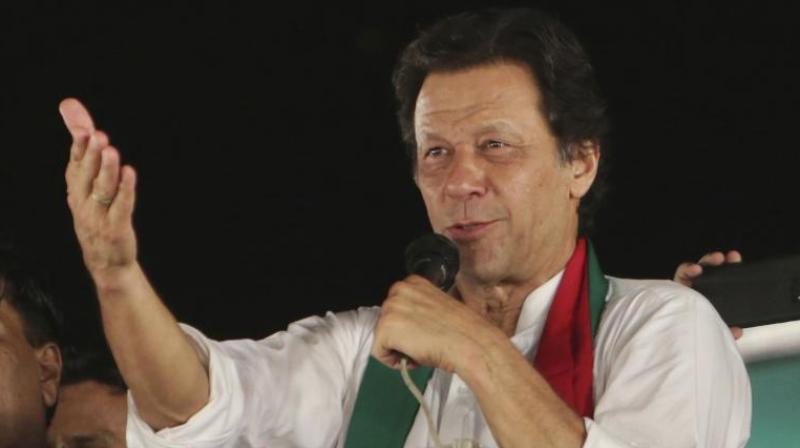 Last week, the PTI party announced that Khan would take oath as the new Pakistan Prime Minister at the President House in Islamabad on August 18. (Photo: File)

Islamabad: Pakistan Tehreek-e-Insaf chairman Imran Khan and Pakistan Muslim League-Nawaz (PML-N) President Shehbaz Sharif on Wednesday filed their nomination papers for the election of Prime Minister, which will be held in the National Assembly on August 17.

The newly-elected Speaker of the House, Asad Qaiser announced the process for the Prime Minister poll. He informed that the nomination papers could be filed till 2 pm (local time) on Thursday and the process of scrutiny would start after 3 pm (local time), Geo News reported.

Last week, the PTI party announced that Khan would take oath as the new Pakistan Prime Minister at the President House in Islamabad on August 18.

Qaiser, who sworn in as the new Speaker of the National Assembly, secured 176 votes, compared to Pakistan People's Party (PPP) Khursheed Shah, who got 146 votes, the paper said.

Out of the 330 votes cast in the election for the National Assembly speaker, 322 of them were accepted, while eight votes were cancelled. Qaiser was administered the oath by outgoing Speaker Ayaz Sadiq.

Qasim Suri was elected as the new National Assembly deputy speaker by bagging 183 votes out of 328 votes, compared to Muttahida Majlis-e-Amal's Asad Mahmood, who obtained 144 votes. The newly-elected speaker, Qaiser, administered the oath to Suri.

Pakistan went to polls on July 25 and the PTI had emerged as the single largest party with 116 seats. The party has 158 members in the National Assembly after the Election Commission of Pakistan issued notifications of the successful candidates on the reserved seats for women and the minority community on August 11.

The Imran Khan-led party reached the current figure after nine independent candidates joined and secured 33 seats reserved for the minorities and women.