India's objections to B&R a ‘show’ for domestic politics: China

The Chinese daily also said that India’s absence did not affect the forum in Beijing. 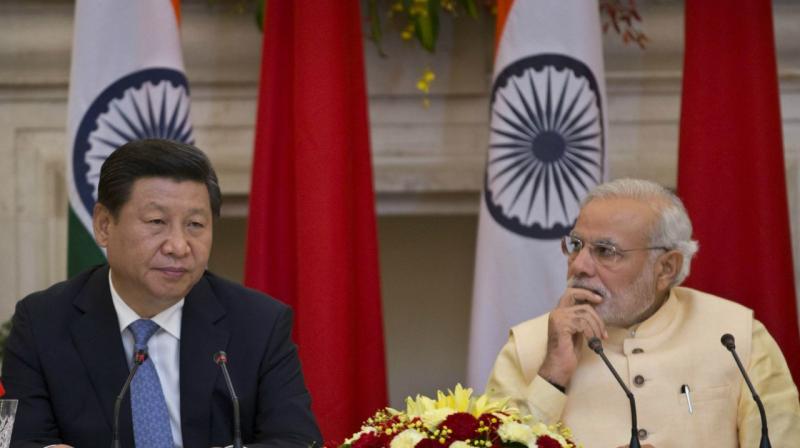 Beijing: India's refusal to join China's Belt and Road Forum was "partly a show" for domestic politics and aimed at piling pressure to get Beijing's "special attention", a state-run Chinese daily said on Tuesday.

"India hopes that it can shape bilateral relations more actively, and expects China to give special attention to the interests of India. But this is not how countries interact," an editorial in Global Times said.

"India's objection to the B&R is partly a show for domestic politics, partly to pile pressure on China. However, the absence of New Delhi in the B&R has not affected the forum in Beijing, and it will exert even less effect on the progress the initiative will make in the world," it said.

India skipped the Belt and Road Forum (BRF) due to its sovereignty concerns over the USD 50 billion China-Pakistan Economic Corridor, which passes through Pakistan-occupied Kashmir (PoK).

"It is almost impossible that two big countries can reach agreements on all things. This can be proved by the many differences between China and the US. But China and the US have maintained smooth bilateral relations, from which New Delhi can learn," it said.

It said both the countries should be vigilant about people with destructive power.
Stating that the Belt and Road Forum for International Cooperation concluded here yesterday with "fruitful" results despite India's absence, it said "as so many large delegations participated, including from the US, Japan and South Korea, the international community has shown a very positive response to the infrastructure-building initiative."

"However, India sent no official representatives. The country's External Affairs Ministry spokesperson said Saturday that India cannot accept a project that violates its sovereignty and territorial integrity. India appears to be the only country that has expressed disapproval of the initiative in recent days," it said.

About the status of India-China relations, it said Sino-Indian relations have not seen a serious downturn. The border of the two countries has been peaceful in these years, the most important force for stable bilateral relations."

It said both the countries have prioritised economic and social development in their national strategies. "Maintaining friendly ties conforms to the two countries' fundamental interests. The specific frictions between Beijing and New Delhi should not be regarded as a signal for intense geopolitical competition," the daily said.

Referring to India-China differences over Beijing’s opposition to New Delhi's admission into the Nuclear Suppliers Group (NSG) and UN listing of JeM leader Masood Azhar as a terrorist, it said, "Overall, these new problems are caused by India's requirements for China. However, China does not do as it wants."

"India hopes that it can shape bilateral relations more actively, and expects China to give special attention to the interests of India. But this is not how countries interact," it said.

Another report in the daily quoted Observer Research Foundation Chairman Sudheendra Kulkarni, who attended the BRF, as saying that India should rethink its position on the Belt and Road initiative, and China, Pakistan and India should address disputes and find innovative cooperative solutions. "The main reason behind India staying out of the forum is the China-Pakistan Economic Corridor, part of which passes through the disputed territory of Kashmir," Kukarni told the daily.

He suggested that two major connectivity initiatives be built: an India-China Economic Corridor and an India-Pakistan Economic Corridor, and these corridors should be connected in a way that Kashmir becomes a "bridge", rather than a barrier, between India and Pakistan.

He said India will deprive itself of huge benefits if it stays out of the inter-continental, collaborative agenda mooted by China and endorsed by almost the entire world. "The initiative is going to be the most powerful economic growth engine in world history," he said.

Srikanth Kondapalli, chairman of the Centre for East Asian Studies at Jawaharlal Nehru University, who attended the event told a session on think-tank exchanges at the forum that China and India can cooperate in the low-carbon industry and the construction of a smart city, and that the initiative can also contribute to education, public health and gender equality.