Not all competitors treated in toughest way: China softens tone on Doklam issue 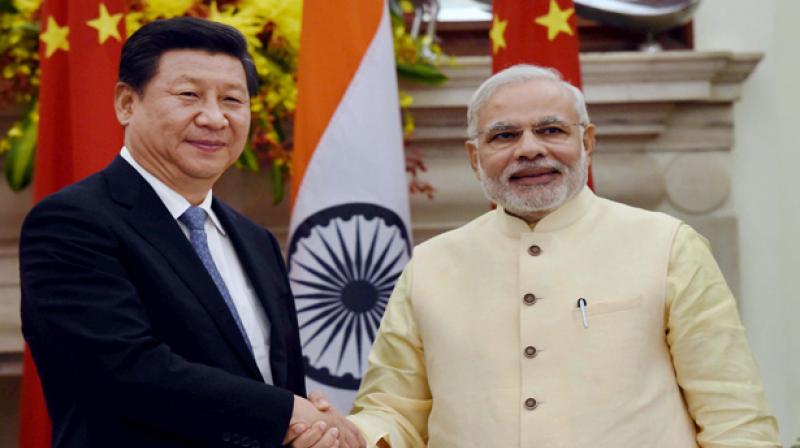 The MEA had said that expeditious disengagement of border personnel at the faceoff site at Doklam has been agreed to and is ongoing. (Photo: PTI)

Beijing: Breaking the silence for the first time after both India and China resolved the standoff at Doklam, military strategist of China on Thursday said how a few citizens of China were in favour of war with neighbouring India. The strategist was explaining that war can be avoided, if things could be resolved through talks.

Chinese military strategist Major-General of the People's Liberation Army (PLA), Qiao Liang, in a Global Times editorial said, “China and India are both neighbors and competitors, but not all competitors must be treated in the toughest way”.

This is for the first time that someone from Chinese government, also representing the PLA has softened the tone on the 70-day long border dispute between India and China at the Doklam plateau near Sikkim sector.

Qiao Liang said in an op-ed that “Many Chinese people, who paid attention to the China-India border standoff in the Doklam area is that they are unfamiliar with China's strategic positioning”.

Qiao further stating that the people, who rooted for war, “If had a clear understanding of China's strategic positioning, they would know that the settlement of the Doklam standoff was one of the best results possible”.

Global Times, which is known for its strong criticism against India, for a change published positive op-ed qouting PLA’s strategist.

“Many people would say that the road construction in China's territory was none of India's business. Is this belief right? It is reasonable to some extent because road construction in this area is not a matter of right and wrong, but we need to understand that it is not always right to do something right at any time. Only doing the right thing at the right time is correct”, Qiao said in an article.

Qiao said war is the last resort for any country to defend sovereignty of state, however, heading for a war just to show dominance is being irresponsible.

He said in editorial that “Only doing the right thing at the right time is correct as with this principle, one can understand that the Doklam confrontation was solved in the way it should have been”.

He said, “Many people think that China has a powerful national strength, including a strong military power, thus only war can demonstrate China's power”.

Contradicting the above statement he added, “When you understand China's strategic positioning and you cannot bring the entire world under your domination, you are willing to leave well enough alone”.

Being solider, Qiao said, “For any country, the war is always an unfortunate thing, yet, each soldier wants to fight in the war once in his lifetime, which could honor his life”, adding that “Whenever there may be a way to solve a conflict without war, war should be avoided”.

In August, India and China cordially resolved the prolonged border dispute at Sikkim, which began with the India’s opposition to China’s road construction in strategically important Doklam area.