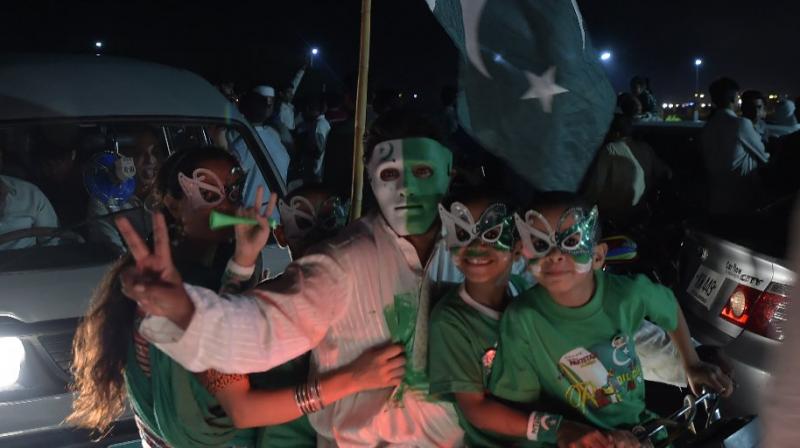 Islamabad: Pakistan on Monday hoisted the largest flag in its history at Attari-Wagah border near Lahore to mark the country’s 70th Independence Day.

Pakistan army chief general Qamar Javed Bajwa hoisted the flag at the border at 12 in the midnight, kicking off the festivities of across the country.

Speaking on the occasion, General Bajwa said: “Some 77 years ago, Pakistan resolution was passed in the same city (Lahore). Pakistan came into being on the night of 27th Ramadan - it was a blessed night.

“Today, the country is progressing on the path of the law and the constitution. All institutions are working properly. We will make Pakistan the country of Quaid-e-Azam and Allama Iqbal.”

Bajwa further said, “We have rendered many sacrifices - we will never forget our martyrs. We will execute each and every terrorist in Pakistan. I want to tell our enemies, whether they are in the east or in the west, that your bullets will end but not the chests of our jawans [soldiers].”

Acknowledging Pakistan’s internal and external challenges General Bajwa said, “I assure you that we will never let you down. Any power that will aim to weaken Pakistan, the Army and all other institutions will foil their attempts.”

Other speakers also paid rich tributes to those killed during migration to Pakistan.