Rajapaksa has departed from the Maldives on Saudi Airline flight SV 788 to Singapore, sources said 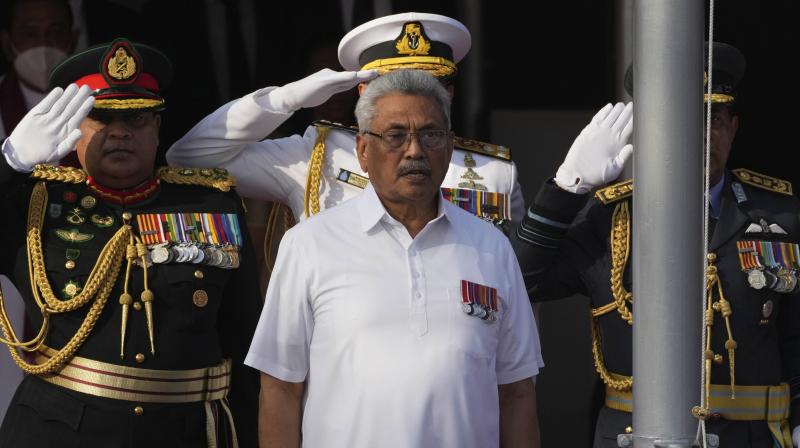 Rajapaksa, who enjoys immunity from prosecution while he is president, fled the country on Wednesday before resigning to avoid the possibility of arrest (AP file image)

Male/Colombo: Sri Lanka's embattled President Gotabaya Rajapaksa on Thursday left the Maldives for Singapore after fleeing his country amidst the worst economic and political crisis faced by the island nation in decades.

Rajapaksa has departed from the Maldives on Saudi Airline flight SV 788 to Singapore, sources said.

Rajapaksa, the 73-year-old leader who had promised to resign on Wednesday, appointed Prime Minister Ranil Wickremesinghe as the acting President hours after he fled the country, escalating the political crisis and triggering a fresh wave of protests.

Earlier, Rajapaksa, his wife Loma and their two security officers were expected to leave for Singapore on board SQ437 from Male on Wednesday night but did not board the aircraft due to security concerns, the Daily Mirror newspaper reported.

Meanwhile, Sri Lankan Parliament Speaker Mahinda Yapa Abeywardena said that he is yet to receive the resignation letter from President Rajapaksa.

Rajapaksa, who enjoys immunity from prosecution while he is president, fled the country on Wednesday before resigning to avoid the possibility of arrest by the new government.

On Saturday after thousands of protesters stormed his official residence, blaming him for the unprecedented economic crisis that has brought the country to its knees, Rajapaksa announced that he will step down on Wednesday.

Rajapaksa's escape to the Maldives was negotiated by the Maldivian Majlis (Parliament) Speaker and former president Mohamed Nasheed, sources in the Maldives capital Male said.