Rajapaksa, his wife Loma and their two security officers were expected to leave for Singapore on board SQ437 from Male on Wednesday night 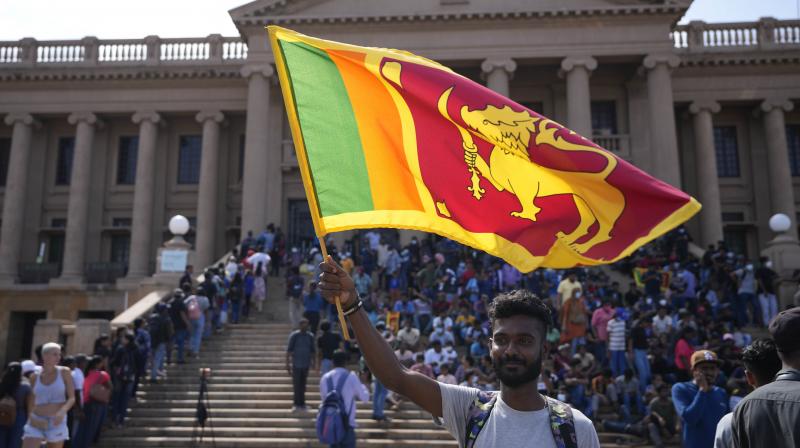 Colombo: Sri Lankan President Gotabaya Rajapaksa, who has fled to the Maldives, could not board a scheduled Singapore Airlines flight from Male to Singapore due to security concerns and is now waiting to travel on a private aircraft, according to a media report on Thursday.

Rajapaksa, the 73-year-old leader who had promised to resign on Wednesday, appointed Prime Minister Ranil Wickremesinghe as the acting President hours after he fled the country, escalating the political crisis and triggering a fresh wave of protests.

Parliament Speaker Mahinda Yapa Abeywardena said that Rajapaksa had appointed Ranil Wickremesinghe to act to perform his functions while he is abroad.

Rajapaksa, his wife Loma and their two security officers were expected to leave for Singapore on board SQ437 from Male on Wednesday night but did not board the aircraft due to security concerns, the Daily Mirror newspaper reported.

He instead will now await to travel on a private aircraft, the newspaper said quoting sources.

Talks are now ongoing to secure a private aircraft for the embattled Sri Lankan President to depart from the Maldives to Singapore, it said.

Meanwhile, Abeywardena said that he is yet to receive the resignation letter from President Rajapaksa.

Sri Lanka, a country of 22 million people, is under the grip of an unprecedented economic turmoil, the worst in seven decades, leaving millions struggling to buy food, medicine, fuel and other essentials. Prime Minister Wickremesinghe last week said Sri Lanka is now a bankrupt country.