Addressing the Indian diaspora, PM said hurdles might be there but once they're crossed none can stop India from achieving new heights. 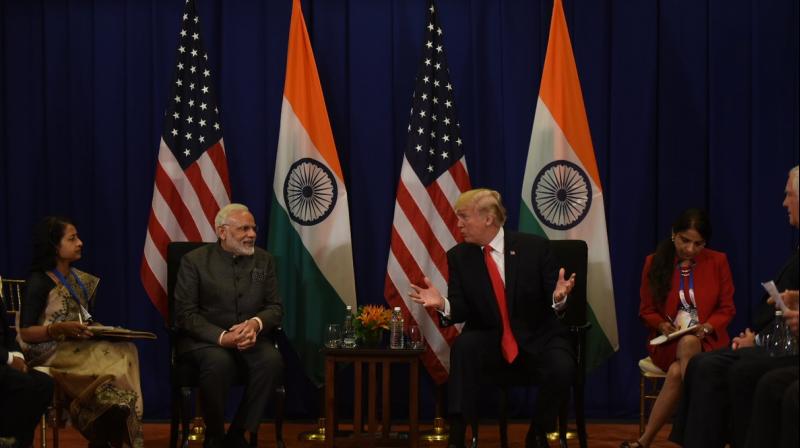 Noting that 21st century is described as Asia's century, Modi told the cheering audience in Manila that it was the duty of every Indian to work hard to make it a century of India. (Photo: Twitter/@PMOIndia)

Manila: Prime Minister Narendra Modi on Monday asked Indians to work hard to ensure that the 21st century belongs to India and said his government was making every effort to transform the country and take it to new heights.

Addressing the Indian diaspora in the Philippines capital, Modi said difficulties might be there but once it's crossed no one can stop India from achieving new heights.

"Our efforts are aimed at transforming India and ensuring everything in our nation matches global standards," Modi said in his nearly 35-minute speech.

Noting that 21st century is described as Asia's century, Modi told the cheering audience that it was the duty of every Indian to work hard to make it a century of India.

"I say it is possible," Modi asserted.

The Prime Minister said India has always contributed to world peace and more than 1.25 lakh Indian soldiers sacrificed their lives just for peace during the two world wars.

"Our contingent in the UN Peacekeeping Forces is among the biggest. India is the land of Mahatma Gandhi, peace is integral to our culture," he said, highlighting India's contribution to world peace.

"Which Indian doesn't want cleanliness? We have started from where Mahatma Gandhi left and till now over 2.25 lakh villages in India have become open defecation free," he said.

Stating that getting a LPG connection once used to be a big achievement, Modi said his government has provided free LPG connections to more than 3.5 crore families in over three years.

He also attacked the Opposition and said that before 2014 people used to ask how much money has gone to scams but now they ask how much has come.

Modi arrived in Manila on Sunday on a three-day visit to attend the ASEAN-India and the East Asia summits.