A candidate, contesting on a National Assembly seat, has to deposit Rs 30,000 as nomination fee while filing their nomination papers. 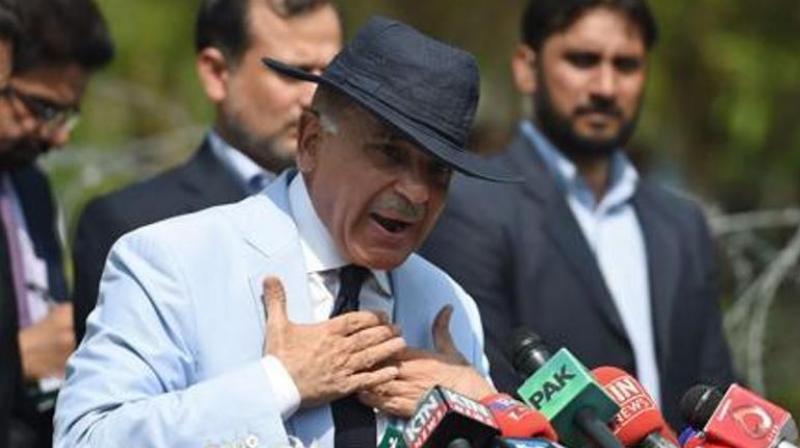 Mian Muhammad Shehbaz Sharif of the PML-N party is among 10 political parties chief who have failed to obtain the mandatory 25 per cent of the total votes polled in their constituencies, and stand to lose their security deposit.(Photo: AFP)

Islamabad: PML-N chief Shehbaz Sharif and chairman of the PPP Bilawal Bhutto-Zardari are among the candidates whose security deposit will be forfeited for failing to get 25 per cent of the total votes polled in their constituencies in the July 25 elections, according to a media report on Monday.

Around 85 per cent – 2,870 out of 3,355 contestants – including chiefs of 10 political parties, have failed to obtain even the mandatory 25 per cent of the total votes polled in their constituencies and now face forfeiture of their security deposit, also called as the nomination fee, the Dawn reported.

A candidate, contesting on a NA seat, has to deposit Rs 30,000 as nomination fee while filing their nomination papers.

According to the Act, a candidate has to get obtain 25 per cent of the total polled votes to qualify for a refund of the nomination fee. Earlier, it was one-eighth of the total vote, the change was made in an apparent move to discourage non-serious candidates, it said.

Former jailed Prime Minister Nawaz Sharif’s brother, Shehbaz could get only 22,766 of the total 161,872 polled votes in Swat (NA-3), and will lose his security deposit. Bilawal will not get refund of his nomination fee that he had deposited for contesting from Malakand (NA-8) and Karachi (NA-246).

MMA chief Rahman and QWP president Sherpao faced embarrassment in their hometowns of Dera Ismail Khan (NA-38) and Charsadda (NA-23) respectively as they failed to get 25 per cent of the total polled votes, it said.

Former MQM convener Sattar also lost his nomination fee for failing to garner even one-fourth of the votes polled in NA-245 and NA-247 constituencies of Karachi, which is said to be the stronghold of the party, the report said.