CII in a letter alleged that some women in Pakistan torture men, and force them out of their houses. 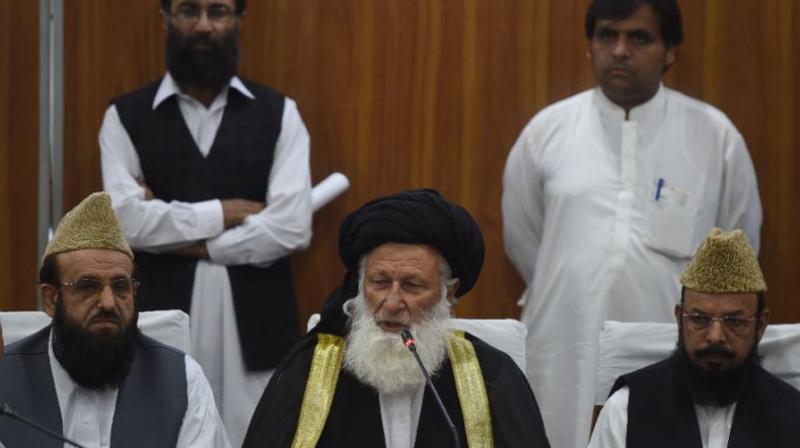 CII to make recommendations for a 'protection bill' for men similar to one for women passed by Punjab province in February. (Photo: AFP)

Islamabad: A Pakistani religious body will debate men's rights and their protection from domestic abuse next week, in a move seen as an effort to dilute a landmark legislation in the country to protect women from violence.

The conservative Council of Islamic Ideology (CII) will debate the issue in its meeting called on Monday. The decision was taken after CII member Sahibzada Zahid M Qasmi wrote to the body's chairman Maulana Mohammad Sheerani demanding laws to "protect" men from domestic abuse.

Qasmi, in his letter, said "some women in Pakistan torture men, and force them out of their houses. Islam grants rights to men as well and in this society those rights are being violated," Dawn online reported.

Qasmi has requested the council to discuss the matter and make recommendations for a "protection bill" for men similar to one for women passed by Punjab province in February.

When the Punjab Protection of Women Against Violence Bill was passed, Qasmi said he was contacted by men who said while women should be given rights as is permitted in Islam and Pakistan's Constitution, men should also be given their due rights, the report said.

"In various districts of Punjab, several cases have come forth where men's nails have been pulled out or their hands and feet have been cut off. These cases have been lodged in various police stations," he said.

"If a man forces his wife out of the house, there are shelter homes available for her to go to. But the state has made no such provision for men."

The move by the religious body is seen as an effort by religious leaders to dilute the bill passed by Punjab, which protects women from domestic violence and abuse.

They feel the bill was promulgated by Punjab "only to destroy and distort the family system in the country".

Already the CII is trying to formulate its own version of the women protection bill. The religious body has been criticised for saying that men are permitted to beat their wives in 'a light manner'.