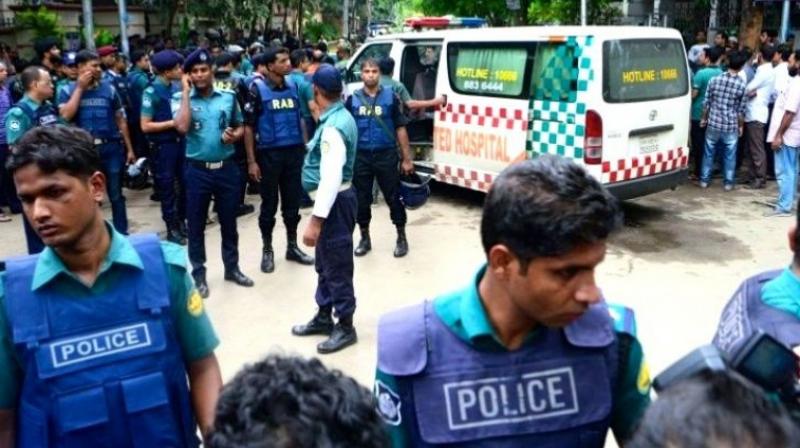 Bangladesh has been roiled by gruesome killings, with a particularly bloody massacre in July that left 22 dead after an assault on an upscale cafe in the capital. (Photo: Representational Image/AFP)

Dhaka: Bangladesh police said on Saturday they had arrested an Islamist militant leader wanted in connection with the murder of a blogger and publisher.

"He directly took part in the (two) killings besides running reconnaissance for months on the victims," Masudur Rahman, Dhaka police spokesman, told AFP.

"The killings took place by the order of Major Zia," the official said, referring to Syed Ziaul Haque, a former army officer who allegedly heads ABT, one of two major banned domestic terrorist outfits blamed by the government for the wave of violence.

Chottopadhay, a blogger, was hacked to death in August last year at his home by machete-wielding assassins. Deepan, a publisher, was killed in his office in October 2015.

Bangladesh has been roiled by gruesome killings, with a particularly bloody massacre in July that left 22 dead after an assault on an upscale cafe in the capital.

The Islamic State group and al Qaeda in the Indian Subcontinent have said they were behind most attacks, but Prime Minister Sheikh Hasina's government has blamed ABT and another banned outfit Jamayetul Mujahideen Bangladesh.