Sinha, who was appointed 21st chief justice of the country in January 2015, was charged by ACC on Wednesday along with 10 others. 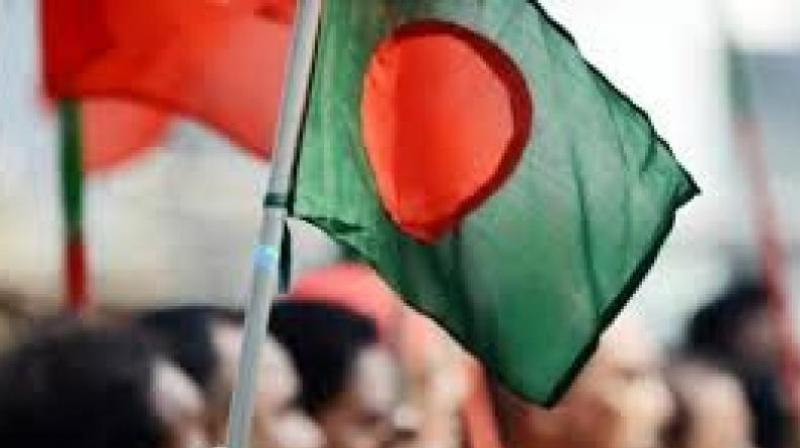 Following the verdict, Prime Minister Sheikh Hasina and senior ministers came down heavily on Sinha, with many of them calling for his resignation. (Representational Image)

Dhaka: Surendra Kumar Sinha, Bangladesh's former chief justice and the first Hindu to hold the position, has been charged by anti-graft commission for laundering about USD 475,000, nearly two years after he left the country saying he was forced to resign, according to a media report.

Sinha, who was appointed 21st chief justice of the country in January 2015, was charged by the Anti-Corruption Commission (ACC) on Wednesday along with 10 others for laundering money from the then Farmers Bank in 2016, The Daily Star reported.

He came under fire after the Supreme Court on August 1, 2017 released its verdict scrapping the 16th amendment to the constitution that had empowered parliament to remove judges for misconduct or incapacity.

Following the verdict, Prime Minister Sheikh Hasina and senior ministers came down heavily on Sinha, with many of them calling for his resignation.

On October 2, 2017, the law minister said the then chief justice would go on a month's leave from October 3 on health grounds. However, while leaving the country for Australia on October 13 the same year, Justice Sinha said he was not sick and was forced to resign.

After he left the country, the Supreme Court in a statement said Justice Sinha was facing 11 charges including graft and money laundering.

They were charged with using fake credit papers to launder 40 million taka (USD 475,000) and transfer it to the account of Sinha.

The other accused are one Shahjahan of Tangail's Sreehoripur village; Ranjit Chandra Saha of the district's Jodunathpur village, his wife Santri Roy and nephew Niranjan Chandra Saha.

According to the case, Shahjahan and Niranjan opened two current accounts with Farmers Bank's Gulshan Branch on November 6, 2016. The next day, each of them applied for loan.

The two used the same residential address in their bank documents, including loan applications. The ACC, during investigation, found that the house is owned by Sinha, the statement said.

The two account holders mortgaged 32 acres of land, owned by Santri Roy, in Savar against the loan applications, the statement said.

"Without any scrutiny, any analysis of records and with disregard to banking rules, the then manager of Gulshan branch of the bank Zia Uddin Ahmed, operation manager Lutful Haque and credit in-charge Shafiuddin Askary prepared a loan proposal within hours," it said.

A day after the loan money arrived in the two accounts, two pay orders, each worth Taka 2 crore, were issued from the bank branch, it said.

On November 9, 2016, the pay orders were deposited to Sinha's account with Sonali Bank's Supreme Court branch, the statement said, adding the ex-CJ withdrew the money on different dates.

"Accused former chief justice Surendra Kumar Sinha misguided them, used Ranjit Saha and took signature on bank documents. They misappropriated Tk 4 crore and the money is yet to be paid, the statement said.

"For the ill purpose of his own benefit, former chief justice Surendra Kumar Sinha, abusing his power and with the help of others, took a loan [using fake documents] and transferred the money to his account for misappropriation thus [he] committed offence under the Money Laundering Prevention Act, 2012, it added.

On completion of enquiry, ACC Assistant Director Gulshan Anowar Pradhan filed a report to the three-member anti-corruption commission which approved filing of the case. ACC Director Syed Iqbal Hossain filed the case with his office on Wednesday.