The Rapid Action Battalion on Sunday also arrested a garment factory owner who it said was a financier of the extremist outfit. 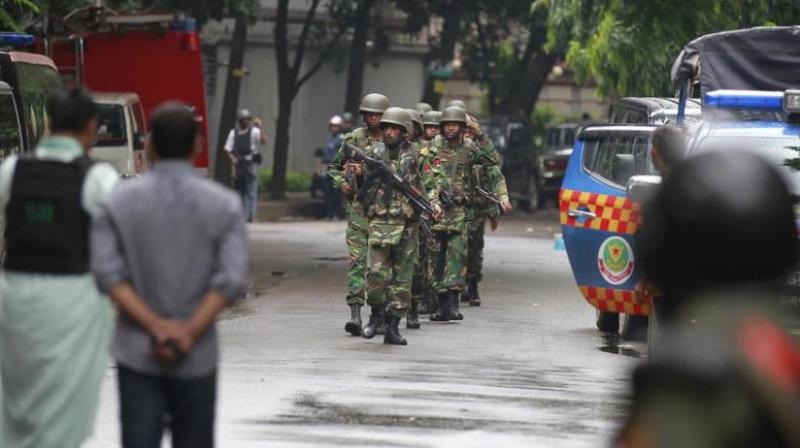 3 suspected operatives of the neo-JMB were arrested in a raid in Rajshahi's Tanore sub-district where they were living with their family members. (Photo: File)

Dhaka: At least 10 militants of a banned outfit and some of their family members have been arrested after Bangladeshi police carried out raids at terrorist hideouts.

A spokesman of the Dhaka Metropolitan Police said six neo-Jamaatul Mujahideen Bangladesh (Neo-JMB) operatives were arrested from the capital's New Market area in a raid carried out by the Counter Terrorism and Transnational Crimes Unit.

The Rapid Action Battalion on Sunday also arrested a garment factory owner who it said was a financier of the extremist outfit. "They (those in custody) are being quizzed initially in our custody," the spokesperson said.

An official familiar with the developments said detectives and armed policemen laid a siege at the terrorist hideout in Rajshahi last night. The hideout was being checked for explosives, including suicide vests, the official said.