China’s getting a makeover: Xi's thought incorporated in constitution

The inclusion of the Chinese President's political philosophy in the constitution was due to the ‘historic’ achievements. 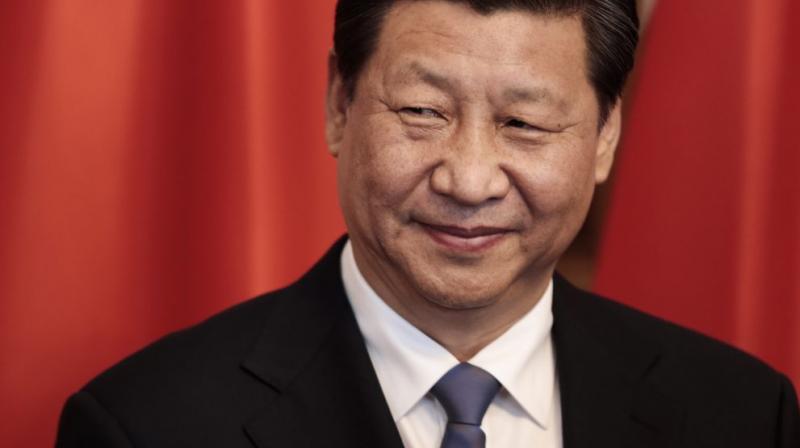 The Xi Jinping Thought is a 14-point basic policy that allows for harmonious development and upholding the core values of ‘socialism with Chinese characteristics.’ (Photo: AP)

The inclusion of the Chinese President's political philosophy, along with the removal of presidential term limits, were the major constitutional amendments made by the 12th National People's Congress.

"As an important content of the amendment, the inclusion of Xi's thought into the country's fundamental law reflects the common aspiration of the entire party (Communist Party) and all Chinese people of various ethnic groups," said Shen Chunyao, the chairman of the Commission for Legislative Affairs of the 12th NPC Standing Committee, as reported by Xinhua.

"President Xi's thought is the latest achievement in adapting Marxism to the Chinese context and encapsulates the practical experience and collective wisdom of the Communist Party of China (CPC) and the people, he added.

Shen stressed that the inclusion of the Chinese President's political philosophy in the constitution was due to the "historic" achievements achieved by the CPC in recent times.

"The addition of Xi's thought and the scientific outlook on development has ensured the country's guiding theories to advance with the times", Shen explained.

The Xi Jinping Thought is a 14-point basic policy that allows for harmonious development and upholding the core values of "socialism with Chinese characteristics".

China passed a historic constitutional amendment on Sunday formally removing term limits to enable President Xi to stay on as the Chinese president beyond 2023.

The Chinese legislature gave a near-unanimous approval to the sweeping changes, with 2,958 votes in favour, and only two votes against, according to South China Morning Post. This revision was the biggest change to the Chinese constitution after 36 years.

The two-term limit on the presidency was introduced by former Chinese President Deng Xiaoping in 1982.

In addition to removing the term limits, the new constitution also paved the way for the establishment of a new anti-graft super agency in China, called the National Supervisory Commission.

The overarching body will extend the powers of the party's graft watchdog to police all public employees, from officials and managers of state-owned enterprises to teachers, doctors and journalists.

President Xi has consolidated power since taking office as the General Secretary of the CPC in 2012.

The 64-year-old leader would have had to give up the presidency after the end of his second term in 2023, but he would now push his vision of making China a global powerhouse with a "world-class" military.