With counting still going on, the leftist alliance has won 97 seats in the national parliament. 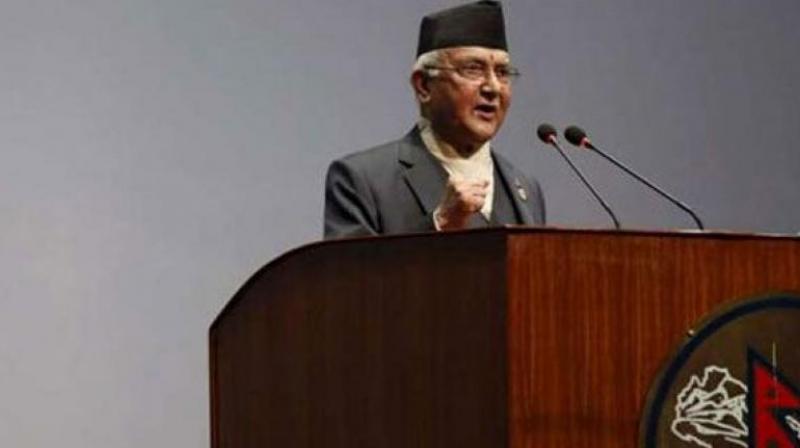 Its victory returns many figures of the tumultuous transition period, including CPN-UML leader KP Sharma Oli, who is expected to be the new prime minister. (Photo: AP)

Kathmandu: Nepal's Communist parties were headed Monday for a landslide win in elections seen as a turning point after two decades of conflict, political instability and disaster that have crippled the Himalayan country.

The landmark elections for national and provincial parliaments capped Nepal's 11-year transition from monarchy to federal democracy after a brutal civil war.

Many hope they will usher in a much-needed period of stability in the impoverished country, which has cycled through 10 prime ministers since 2006.

An alliance of the main Communist party and the country's former Maoist rebels is expected to form the next government, ousting the ruling centrist Nepali Congress.

The Himalayan Times said the left alliance's strong mandate meant the country "could experience political stability", which it has lacked over the last decade, but cautioned that a strong opposition was also crucial in the young democracy.

With counting still going on, the leftist alliance has won 97 seats in the national parliament according to preliminary data from the election commission.

That puts them on course for a hefty majority in the country's first federal parliament, which comprises 275 seats, 110 of which are allocated on a proportional representation basis.

They are also leading in six out of seven newly created provincial assemblies mandated in a new national constitution, which was finally agreed by parliament in 2015 in a rare moment of political consensus months after the country was devastated by a powerful earthquake.

The charter laid the ground for a sweeping overhaul of the political system to devolve power from the centre to seven newly-created provinces.

It was intended to build on the promise of a more inclusive society integral to the peace deal that followed the end of the civil war between Maoists and the state in 2006.

But the constitution sparked deadly protests among ethnic minorities who said the provincial boundaries it laid out had been gerrymandered to limit their voice and demanded change.

The Maoists and the Communist CPN-UML have often found themselves on opposite sides of parliament, but formed an electoral alliance ahead of the polls.

The alliance campaigned on a promise to bring stability and growth to the impoverished Himalayan nation.

Its victory returns many figures of the tumultuous transition period, including CPN-UML leader KP Sharma Oli, who is expected to be the new prime minister.

Maoist leader Pushpa Kamal Dahal, a two-time former prime minister who led the rebel faction during the war, is also tipped for a prominent position in the next cabinet.

The newly-elected provincial assemblies will be tasked with naming their provinces, which are currently referred to by number, choosing a capital and negotiating budgets with Kathmandu -- all issues that could rekindle ethnic unrest.

But the protest movements have lost momentum as voters have become fed up with the political merry-go-round that has starved the country of much-needed development.

Most voters voiced a desire for stability and a longer lasting government, while also expressing hope that the new provincial assemblies will prioritise local needs.

The new constitution also lays out strict rules for ousting a prime minister, meaning this government could be the first to last a full five year term.

Final results are expected by the end of the week.