Arun Jaitley on Wednesday said that the Indian armed forces are strong enough to meet any challenge to the country's security. 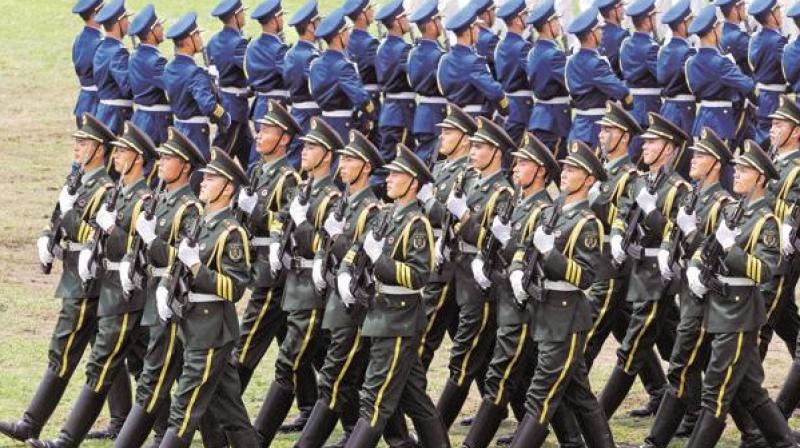 The Chinese Foreign Ministry said on Wednesday that 53 people and a bulldozer from India remain in Chinese territory as of Monday. (Photo: AFP)

In the state-run Global Times article, Chinese experts said that they fear a greater possibility of military clashes after India's defence minister said that his country could face "any challenge" to its security.

Arun Jaitley on Wednesday said that the Indian armed forces are strong enough to meet any challenge to the country's security, stressing that lessons have been learnt from the 1962 war.

"Jaitley's remarks are the toughest since those recently made by Indian politicians, which also send a signal to China that India is preparing for possible military clashes. And the possibility of military clashes has increased," Zhao Gancheng, director of the Center for Asia-Pacific Studies at the Shanghai Institute for International Studies, told the Global Times.

Keeping in view that the border standoff between China and India in the Doklam region has lasted almost two months, Zhao said that China should continue to pressure India and prepare for possible military operations.

The Indian Army on Thursday reportedly ordered the evacuation of 100 residents in Nathang village close to the Doklam region. The village is located 35 kilometers away from Doklam, Indian.com reported.

The Global Times editorial quoted another research fellow stating that Jaitley's remarks were unwise and did nothing to ease border tensions, Hu Zhiyong at the Institute of International Relations of the Shanghai Academy of Social Sciences, said.

"India has said it hopes to use peaceful ways to solve the problem in the Doklam region, but it did the opposite, including the deployment of more troops near the border," the Global Times editorial quoted Hu as saying.

Admitting that the current standoff has damaged Sino-India ties, Hu appears sceptical about Indian Prime Minister Narendra Modi attending the BRICS summit, which is scheduled in September in China

The Chinese Foreign Ministry said on Wednesday that 53 people and a bulldozer from India remain in Chinese territory as of Monday.