Singh's claim came a day after he was manhandled and forcefully evicted from his house, along with his family. 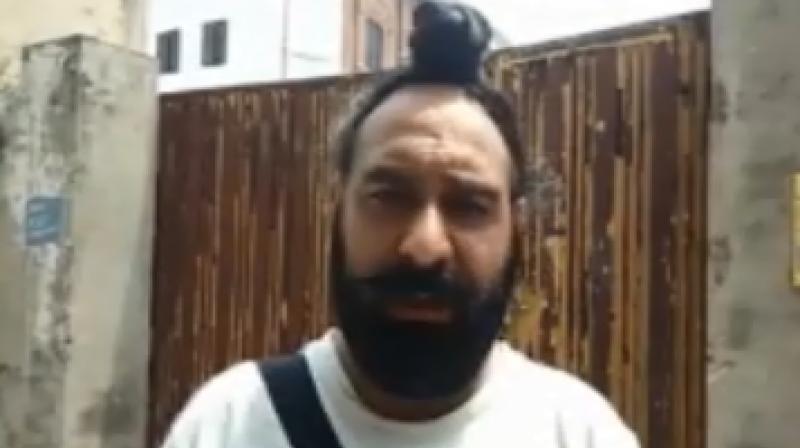 Following the incident, Singh claimed that his forceful eviction was done by the Evacuee Trust Property Board (ETPB). (Photo: Screengrab | ANI)

Lahore: Pakistan's first-ever Sikh police officer, Gulab Singh, has claimed that the government wants to forcefully evict the Sikh community from the country.

Singh's claim came a day after he was manhandled and forcefully evicted from his house, along with his family.

In an interview to ANI, Singh said, "Since 1947, my family has been staying in Pakistan. Even after the riots, we did not leave Pakistan. Now, we are being forced to leave. My house is sealed with all belongings including my slippers inside. Even this 'patka' on my head is an old rag which I just wrapped. I was harassed, beaten and my faith was disrespected."

Following the incident, Singh claimed that his forceful eviction was done by the Evacuee Trust Property Board (ETPB).

It is pertinent to mention that the ETPB is the parent body of the Pakistan Sikh Gurdwara Parbandhak Committee (PSGPC).

"In 1960, the board was made, which was completed in 1975. It made a contract with the Shiromani Gurdwara Parbandhak Committee (SGPC), saying that Sikhs in Pakistan will not be ill-treated. Despite this, we have been evicted. In the name of gurdwara, they have amassed crores of rupees and not a single penny was spent on us," he said.

Singh continued, "I am now in the court. I will file a case of contempt of court."

He further underscored that everyone should be aware of the atrocities committed on the Sikh community in Pakistan, and urged the SGPC and the Delhi Sikh Gurdwara Management Committee (DSGMC) to decide the future course of action.

In a video widely circulated on social media on Tuesday, Singh was seen crying foul over the behaviour being meted out to him and his family by the ETPB officials.

#WATCH: Pakistan’s first Sikh police officer Gulab Singh was forcibly evicted from his house in Lahore's Dera Chahal. Pleads to the police, 'at least give us 10 minutes we are staying here since 1947. pic.twitter.com/wszl99bNJr

He also alleged that PSGPC president Tara Singh was the main culprit behind the incident.

"I am being treated the way goons are treated. I have been ousted from my house and they have now locked my house. The concerned officials have done this to please a few people. They have specifically targeted me. You must have noticed that there is no turban on my head. They unravelled my turban and opened my hair", Singh said.

Reportedly, Singh had levelled serious charges of corruption on PSGPC chief Tara Singh and a few ETPB officers in 2016 as well.