Wang, who arrived on a three-day visit on Friday, met Khan in Islamabad with a high-level delegation. 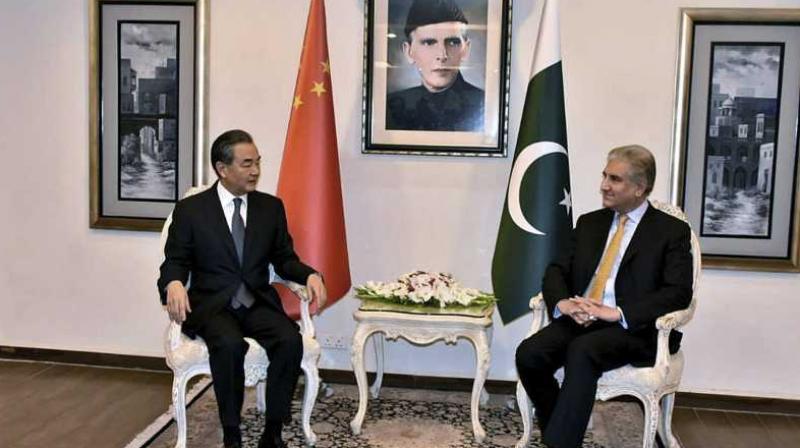 Wang, who arrived on a three-day visit on Friday, met Khan in Islamabad with a high-level delegation.

"Foreign Minister underscored the significance of the CPEC for the mutual benefit of the people of both countries," the Prime Minister's Office said in a statement.

Wang also conveyed the desire of Chinese leadership to work with the new government for further enhancing the strategic partnership between Pakistan and China.

He underscored the significance of China-Pakistan relationship which served as a model of friendship in interstate relations.

Wang also conveyed the invitation of Premier Li Keqiang for an official visit to Khan.

Khan reiterated that Pakistan's friendship with China is a cornerstone of Pakistan's Foreign Policy.

"The Prime Minister reiterated that the Government is committed to the implementation of the CPEC," according to the statement.

During the meeting, regional situation and global issues were also discussed.

He also attended the swearing in ceremony of new president, Arif Alvi.

Wang's visit came amidst reports of unease in Beijing over how the new PTI government would approach over USD 50 billion Chinese investments in various projects under the CPEC connecting China's Muslim-majority Xinjiang province with Gwadar port in Pakistan.

Khan in the past had criticised former prime minister Nawaz Sharif for the lack of transparency and corruption in the CPEC projects.

India has protested to China over the CPEC, which is being built through Pakistan-occupied Kashmir (PoK).