The father of one of the defendants, who requested anonymity, said he did not know his son was gay before he was caught. 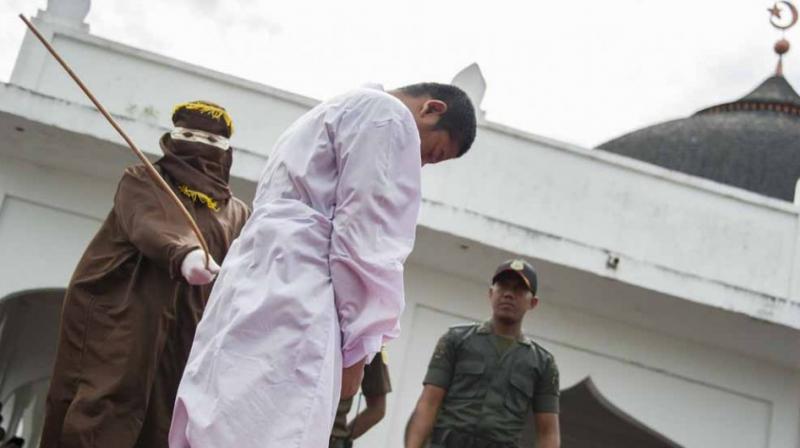 Prosecutor Gulmaini Wardani said the men were guilty of the crime of having homosexual sex (Photo: AFP)

Banda Aceh: Prosecutors in Indonesia's Aceh Wednesday recommended 80 strokes of the cane for two men accused of having sex in contravention of sharia law, the first such punishment of a gay couple in the conservative province.

The pair, both in their early 20s, were caught together in bed by a group of vigilantes who raided a boarding house in the provincial capital Banda Aceh in late March.

Police later arrested the couple and said they had admitted to being in a relationship and having had sex three times.

Prosecutor Gulmaini Wardani said the men were guilty of the crime of having homosexual sex and should each receive 80 strokes of the cane.

Wardani was speaking to journalists after a hearing at a special sharia court in Banda Aceh. The hearing was closed to the public and the men's identities were not revealed due to the sensitivity of the case.

The father of one of the defendants, who requested anonymity, said he did not know his son was gay before he was caught.

"This is an ordeal for our family," he said. "After this problem is resolved, we will send him to an Islamic boarding school to be educated so he won't be deviant any more."

A sentence recommendation is a usual step in an Indonesian court case and is typically followed soon afterwards by a verdict. Judges do not have to follow the recommendation but often do.

Aceh is the only province in the world's most populous Muslim-majority country which implements sharia law.

People caught gambling and drinking alcohol have for some years been punished with public canings.

Under a local law that came into force in 2015, people can also be punished for having gay sex with up to 100 strokes of the cane.

The recently arrested couple will be the first to be caned for breaking the regulation if the punishment goes ahead.

Gay sex is not illegal in the rest of Indonesia, which mainly follows a criminal code inherited from former colonial ruler the Netherlands.