Indian Army chief General Bipin Rawat had, on Wednesday, said that the country needs to be prepared for a two-front war. 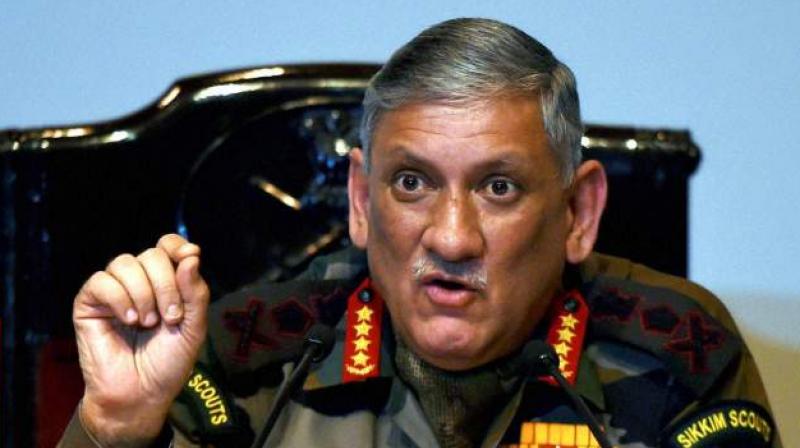 Chinese state-run media Global Times, in an editorial, said the Rawat with his statement – “India should be ready for a two-front war against China and Pakistan” – “could ignite a hostile atmosphere between Beijing and New Delhi”. “Where does the Indian Army's confidence come from?” it asked.

“Can India bear the consequences when it has both China and Pakistan as its adversaries at the same time? Should the Indian Army simulate a military rivalry with its Chinese counterpart before letting Rawat speak?” the editorial read.

The Chinese daily went on to say that Rawat’s remarks showed how arrogance prevailed in the Indian Army.

Rawat had, on Wednesday, said that the country needs to be prepared for a two-front war. He accused China of taking over India's territory like "salami slicing" and warned that Pakistan "was likely to take advantage of the situation developing along the northern border."

Spewing venom against India, the Chinese media said, “The Chinese people have felt that the security situation of their country is becoming severe and the Chinese military sympathisers rarely viewed India as a potential military rival of China”.

The editorial further said that India has forced China to view “two India – one that is thriving…and the other that keeps provoking China”.

“Should we embrace the first India or teach the second India a lesson?” the editorial questioned.