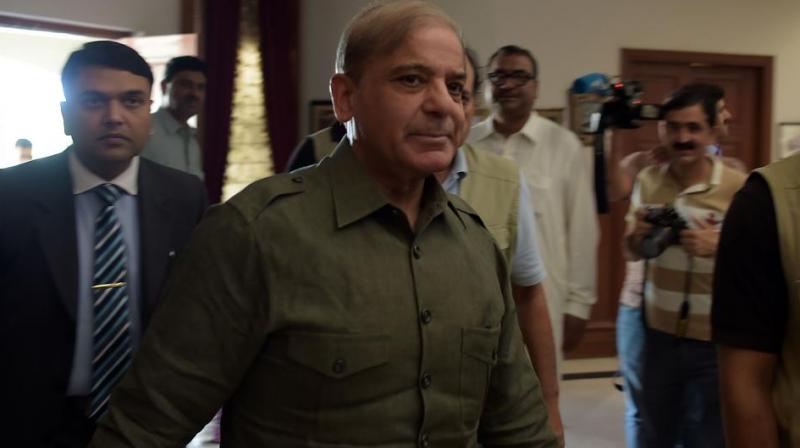 Lahore: The legal woes of the once powerful Sharif family is mounting with a Pakistani anti-corruption court on Tuesday declaring PML-N President Shahbaz Sharif’s son-in-law a ‘proclaimed absconder’ in a graft case.

Former prime minister and Pakistan Muslim League-Nawaz (PML-N) supremo Nawaz Sharif is currently in jail after an Accountability Court sentenced him, his daughter and son-in-law over the corrupt practices over the purchase of four luxury flats in London in the 1990s.

Sharif was ousted from his third term as prime minister by the Supreme Court last year following a corruption investigation stemming from the Panama Papers case.

Pakistan’s anti-corruption body has also summoned the beleaguered chief of the PML-N party and former Punjab chief minister Shehbaz Sharif to appear before it on August 20 in a housing scandal case.

Yousaf is accused of receiving graft in excess of Rs 12 million from Ikram Naveed, the former CEO of the Punjab Power Development Company (PPDC), and is the subject of a NAB probe, Dawn newspaper reported.

He appeared before the NAB investigators in April but has since missed his scheduled hearings and is currently in London.

The bureau, which last month requested the interior ministry to extradite Yousaf via Interpol, on Tuesday told the accountability court that “warrant of arrest against the accused has been issued by NAB chairman”.

“As per IO (investigation officer), the accused has gone underground and is not traceable.”

Following this, the bureau asked the court to declare Yousaf a proclaimed absconder — a request that was accepted, the report said.

Quoting a source, report said the then Punjab Chief Minister’s son-in-law was also accused of “getting Naveed appointed as PPDC CEO who allegedly committed massive corruption. The NAB is quizzing Yousaf on the information provided about him by Ikram Naveed.”

The Anti-Corruption Establishment (ACE) had already carried out a probe against Naveed and Yousaf in 2016. It declared Naveed guilty of embezzling Rs 450 million.