A ministerial source told AFP Sirisena has refused to allow any police, military or intelligence personnel to testify before the committee. 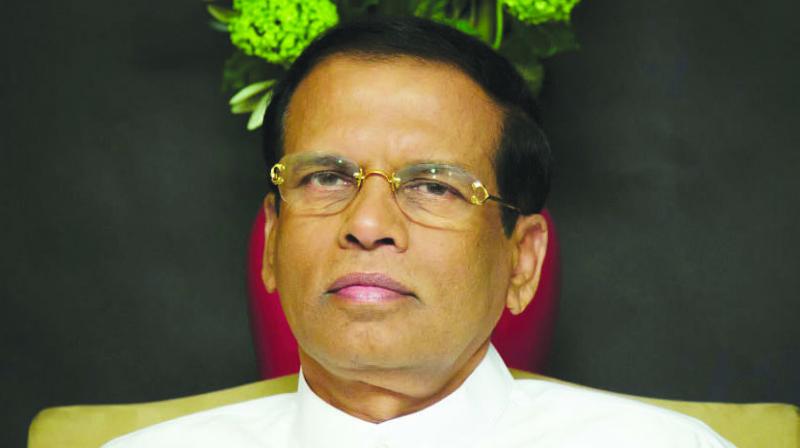 Colombo: Sri Lanka’s president has told his cabinet that he will not cooperate with a parliamentary investigation into security lapses leading to the Easter suicide bombings, official sources said Saturday.

Maithripala Sirisena summoned an emergency meeting of his cabinet on Friday night to oppose the Parliamentary Select Committee (PSC) probing the April 21 attacks that killed 258 people and wounded nearly 500.

A ministerial source told AFP Sirisena has refused to allow any police, military or intelligence personnel to testify before the committee.

“The cabinet meeting ended inconclusively,” the source said on condition of anonymity. “The government did not agree to suspend the PSC either.”

Sirisena’s office did not comment on the outcome of the heated cabinet meeting, but said the president had told senior police officers on Friday that he will not allow any serving officer to testify before the PSC.

Halfway through his testimony, the live telecast of the proceedings were stopped on Sirisena’s orders, official sources said.

Sirisena’s defence secretary and police chief have suggested that the president, who is also the minister of Defence and Law and Order, did not follow proper protocols in dealing with intelligence reports, including advance warnings about the April 21 bombings.

Sirisena has repeatedly denied he was aware of an impending threat.

A local jihadist organisation and the Islamic State group claimed responsibility for the attacks against three churches and three luxury hotels.

Sirisena said last week that he had met with the national police chief and his top brass 13 days before the Easter Sunday attacks but no officer had raised the warnings which had been relayed by India.

Official sources said New Delhi had provided details of planned attacks based on information from a jihadist in Indian custody.

The government has admitted there were intelligence failures before the attacks, in which 45 foreign nationals died.

Sri Lanka has been under a state of emergency since the attacks.