After conflicting information on the number of people on board, the latest update from the military said the plane was carrying 122 people. 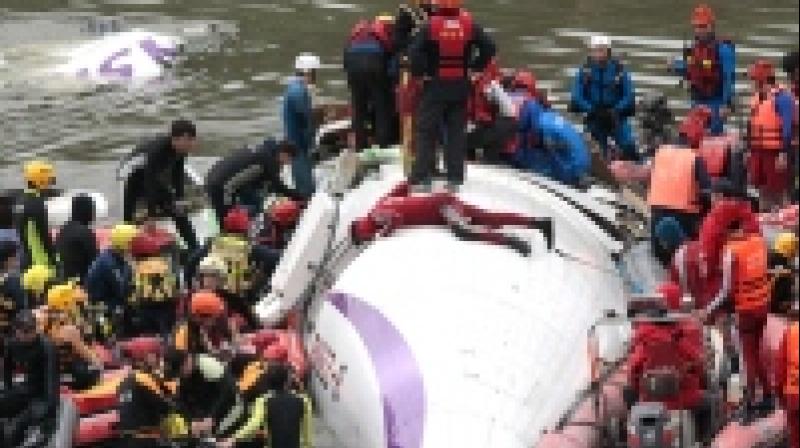 Nine navy ships and three air force planes had been dispatched to search for the aircraft, which disappeared yesterday as it flew from the southern city of Myeik to Yangon. (Photo: AP/Representational)

Yangon (Myanmar): Myanmar's military said on Thursday that it has found the wreckage of a plane in the Andaman Sea that went missing with around 120 people on board, along with several bodies.

"We have found the plane and some dead bodies this morning about 8.25 am (0725 IST)," a spokesman from the military's information team said. The country's Commander in Chief confirmed in a Facebook post that the wreckage had been found off the coast of Launglon, in southern Myanmar, by a navy search team this morning.

Nine navy ships and three air force planes had been dispatched to search for the aircraft, which disappeared yesterday as it flew from the southern city of Myeik to Yangon.

There was conflicting information on the number of people on board, but in the latest update the military said the plane was carrying a total of 122 people.

More than half of the passengers were from military families, including 15 children, along with 35 soldiers and 14 crew members, the army chief's office said in a statement. "Some were on their way for medical checkups and to attend school," said a spokesman from the military's information team.

It is monsoon season in Myanmar but there were no reports of stormy weather in the area at the time. Sources said that debris had been found in the sea off the coastal town of Dawei, which lies an hour's flight southeast of Yangon.

The commander-in-chief's office said the plane lost contact with air traffic control at 1:35 pm (local time) yesterday, about half an hour after takeoff.

The military named the captain of the Chinese-made Y-8F-200 four-engine turboprop as Lieutenant Colonel Nyein Chan, who it said had more than 3,000 hours of flying experience.

The plane was bought in March 2016 and had a total of 809 flying hours. Myanmar's military fleet has a chequered recent history of plane crashes.

A five-strong crew died when an air force plane burst into flames soon after taking off from the capital Naypyidaw in February last year.

Three army officers were also killed in June when their Mi-2 helicopter crashed into a hillside and burst into flames in south-central Bago.