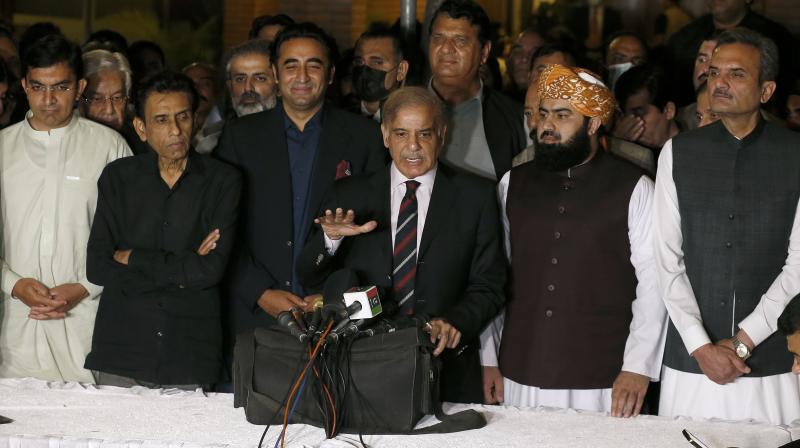 Islamabad: Pakistan’s Supreme Court on Thursday struck down National Assembly Deputy Speaker Qasim Suri's controversial move to dismiss a no-confidence motion against Prime Minister Imran Khan, in a major blow to the cricketer-turned politician who is now likely to face a no-trust vote in Parliament after the ruling.

Suri, who is associated with Khan’s Pakistan Tehreek-e-Insaf party, on April 3 dismissed the no-confidence motion against the premier claiming that it was linked with a “foreign conspiracy” to topple the government and hence was not maintainable.

Minutes later, President Ari Alvi dissolved the National Assembly on the advice of Prime Minister Khan who had effectively lost the majority. Chief Justice Bandial, who is heading a five-member bench comprising Just-ices Ijazul Ahsan, Moh-ammad Ali Mazhar Miankhel, Munib Ak-htar and Jamal Khan Mandokhel, declared as unconstitutional the controversial ruling by the deputy speaker regarding the rejection of the no-confidence motion in Parliament.

The court ordered the Speaker to call the session of the assembly on April 9 at 10am to organise the no-confidence vote.