The ATR plane PK-661 with 47 people crashed near Havelian while en route to Islamabad from Chitral in Khyber-Pakhtunkhwa province. 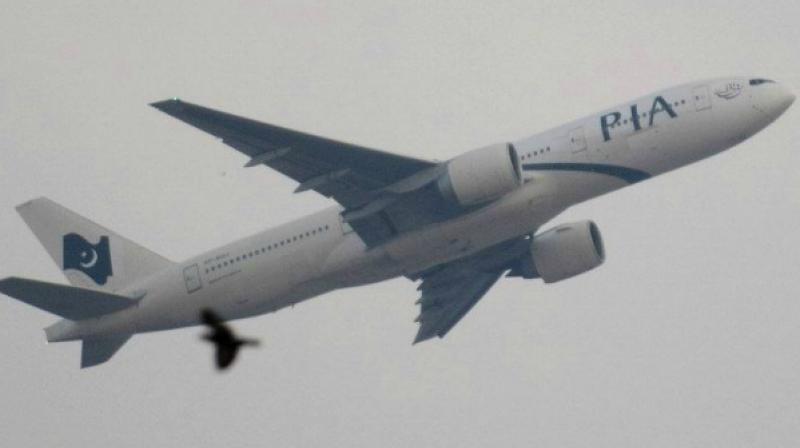 The national carrier's flight departed from Chitral at 3:30 pm (local time) and disappeared from the air control radar soon after take off. (Photo: Representational Image/AFP)

Islamabad: 21 bodies have been recovered so far from the wreckage of the Pakistan International Airlines (PIA) flight PK-661 that crashed on Wednesday with over 40 passengers aboard.

A government official on the scene said that there are unlikely to be any survivors.

"All of the bodies are burned beyond recognition. The debris is scattered," said Taj Muhammad Khan, a government official based in the Havelian region.

Global aviation watchdog Aviation Herald said that PK-661 crashed near Abbottabad due to engine problems. TV reports also point towards a fault in the left engine, and ascribe blame to a technical fault in the aircraft.

However, these claims have not been verified by the PIA, reports the Dawn.

"It remains to be seen if this was a technical fault. In Pakistan, there is a big question regarding whether international safety standards are followed when it comes to aircrafts," said Air Marshall Shahid Latif.

The ATR plane PK-661 with 47 people, including singer- turned-Islamic-preacher Junaid Jamshed, on board crashed near Havelian while en route to Islamabad from Chitral in Khyber-Pakhtunkhwa province.

The national carrier's flight departed from Chitral around 3:30 pm and was expected to land at Islamabad's Benazir Bhutto International Airport at around 4:40 pm.

A PIA spokesman confirmed that the pilot of the ill-fated plane had given a 'mayday' distress call to traffic control before it went off the radar.

"The ATR aircraft flight had 42 passengers, including nine women and two infants, along with two air hostesses and three pilots," he said.

The flight initially left from Peshawar for Chitral and was returning to Islamabad from there before it went off the radar.

The PIA spokesman said that Pakistan army had dispatched a helicopter and troops to the crash site.

Jamshed had gone to Chitral for religious preaching, his brother said. District Police Officer Abbottabad confirmed the aircraft crashed near Havelian between Majab and Piplian.

Eyewitnesses were quoted as saying by media reports that they had seen a plane crash in a hilly area near Havelian.

Clouds of smoke could be seen rising from the area of the reported crash. Ground rescue teams had been sent to the area, officials said.

"PIA's ATR-42 aircraft operating as PK-661, carrying around 40 persons lost its contact with the control tower on its way from Chitral to Islamabad a short while ago," PIA Spokesman Daniyal Gilani tweeted. "All resources are being mobilised to locate the aircraft."

Pakistan has had a poor air safety track record in recent years. In 2012, a Bhoja Airline plane, a Boeing 737 carrying 121 passengers and six crew members, crashed near Islamabad just before touchdown.

The worst aviation tragedy on Pakistani soil came in July 2010 when an Airbus 321 passenger jet operated by the private airline Airblue crashed into hills overlooking Islamabad. The flight was coming from Karachi.

All 152 people on board were killed in the accident, which occurred amid heavy rain and poor visibility.

Another deadly civilian plane crash involving a Pakistani jet occured in 1992 when a PIA Airbus A300 crashed into a cloud-covered hillside on its approach to the Nepalese capital Kathmandu, killing 167 people.