Geng also questioned whether Rawat was authorized to speak and if his comments represented the Indian government’s position. 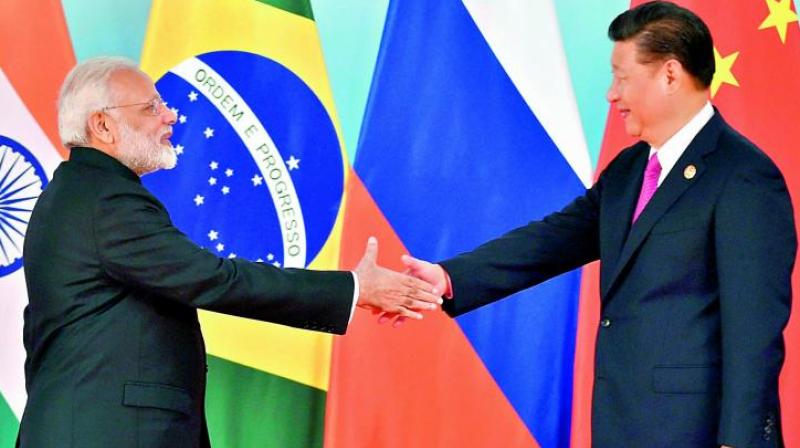 Beijing: China on Thursday reacted sharply to Army Chief General Bipin Rawat’s assertion that Beijing was testing India’s limits, saying the remarks were contrary to the views expressed by Prime Minister Narendra Modi and President Xi Jinping during their meeting in Xiamen this week.

Rawat, while speaking at a seminar organized by the Centre for Land Warfare Studies in New Delhi, had said that India should be prepared for a two-front war, insisting that China had started “flexing its muscles”, while there seems to be no scope for reconciliation with Pakistan, whose military and polity saw an adversary in India.

Reacting to the comments, Chinese foreign ministry spokesman Geng Shuang told a briefing that, “We have noted the statement by relevant people in India, also we noticed some Indian press remarked that the reports are shocking.”

Referring to the remarks expressed by Xi and Modi during their first meeting following the end of a 73-day standoff between the militaries of the two countries at Doklam, Geng also questioned whether Rawat was authorized to speak and if his comments represented the Indian government’s position.

“As reported by Indian press... We don’t know whether he was authorized to speak those words or it was just his spontaneous words or whether his words represented the position of the Indian government,” Geng said.

Noting that China and India are important neighbours and two large countries, Geng said that sound and steady development of ties serves the fundamental interests of both countries. This is what the international community wishes to see, he said.

“We hope India could view China’s development in a correct and rational way. We need to show to the world that peaceful coexistence and win-win cooperation is the only right choice for the two countries,” Geng quoted Xi as telling Modi during their meeting on the sidelines of the Brics summit. “We should respect each other, seek common ground and shelve differences, preserve peace and tranquillity of the border area,” Xi had said.

Prime Minister Modi had also said that the Indian side is willing to work with China to maintain steady development of bilateral ties, Geng said. “We should not treat each other as rivals. We should make cooperation the mainstream and the two sides should work together to maintain peace and tranquillity in the border areas,” Geng said.

“Hope that this military official would see clearly this trend and contribute to development of China and India relations and see something more in that regard,” he said in response to Rawat’s remarks.

Rawat, in his remarks, had said, “As far as northern adversary is concerned, the flexing of muscle has started. The salami slicing, taking over territory in a very gradual manner, testing our limits of threshold is something we have to be wary about and remain prepared for situations emerging which could gradually emerge into conflict.”