Prime Minister Imran Khan says the country is too poor to go into a full lockdown, which he warned would devastate a failing economy 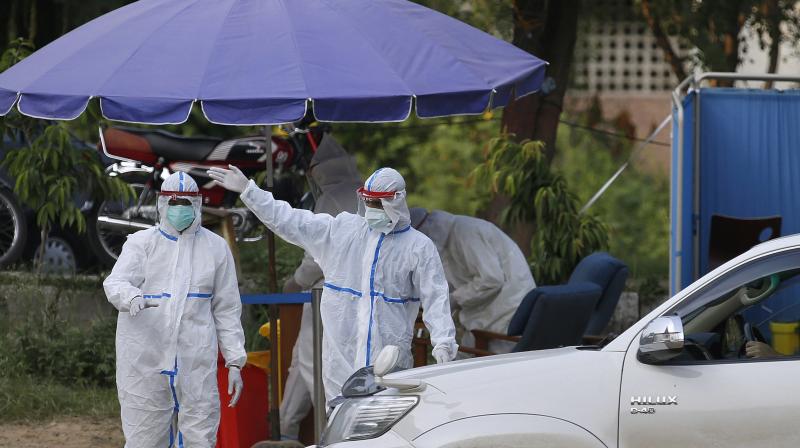 Health workers arrive to collect at a drive-through testing and screening facility for the coronavirus, in Islamabad. (AP)

Islamabad: Pakistan passed another grim milestone as the number of deaths from COVID-19 crossed the 2,000 mark on Sunday.

Pakistan is also pushing toward 100,000 confirmed infections as Prime Minister Imran Khan warned the country’s 220 million people in televised speeches that they are going to have to learn to live with the virus.

He said the country is too poor to go into a full lockdown, which he warned would devastate a failing economy, already dependent on billions of dollars in loans from international lending institutions.

Pakistan’s medical professionals have pleaded for more controls and greater enforcement of social distancing directives. They’re infuriated that Khan’s government bowed to the radical religious right to keep open mosques, which have been one of the leading causes of the spikes in infections.

To try to stem the spread of the virus, the government has ordered markets closed on weekends and inspections have been stepped up in some areas where clusters have emerged, quarantining entire neighbourhoods.

Pakistan has some 3,000 ICU beds, and while the demands are increasing, nearly 25% are still available.