Sher Bahadur Deuba played a key role in bringing the Madhesi parties on board for the second phase of the local-level elections. 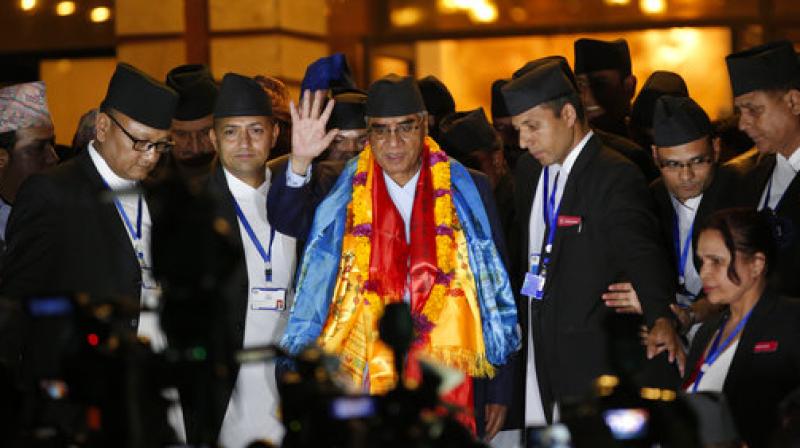 Deuba, the president of Nepal's oldest party the Nepali Congress, was elected the 40th Prime Minister on Tuesday, following a voting in the parliament. He secured 388 votes out of a total of 558 votes cast in the 601-member legislative parliament. He was the only contender in the election.

Deuba, who was awarded an honorary doctorate degree from New Delhi's Jawaharlal Nehru University in 2016, is said to enjoy a good rapport with prominent Indian leaders, which could potentially aid him in arresting the increasing disenchantment between the Madhesis and the hill people.

He played an important role in amending Nepal's Constitution promulgated in September 2015 to address the demands of Madhes-based political parties.

Deuba also played a key role in bringing the Madhesi parties on board for the second phase of the local-level elections. Deuba, who has been elected to the parliament from far- western Dadeldhura district, has promised to amend the new Constitution to fulfil the demands of the Madhesi people.

During Deuba's previous term as prime minister in 1996, Nepal and India signed the historic Mahakali Treaty for shared utilisation of the waters of the river by the same name. He served as the prime minister from 1995 to 1997, from 2001 to 2002, and from 2004 to 2005. His political career has gone through several ups and downs through this period.

Nepal's then king Gyanendra Shah seized power through a coup d'etat in October 2002 and removed Deuba from the premiership. But the king had to restore him in 2004 after weeks of street protests.

Deuba was again removed from power by the king in 2005, when he was also imprisoned on charges of corruption. After a dispute between Girija Prasad Koirala and Deuba, Nepali Congress underwent a vertical split in 2002 and Nepali Congress Democratic was formed under the leadership of Deuba.

But the new party merged into the parent party after Koirala and Deuba reached an agreement in 2007.