Myanmar leader Suu Kyi has come under pressure from countries with large Muslim populations including to stop violence against Rohingya. 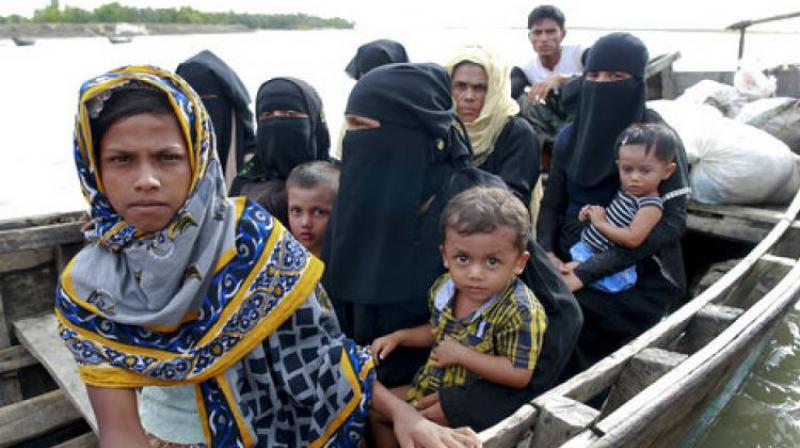 Authorities said three to four boats had sunk at the mouth of the Naf river, which divides Bangladesh and Myanmar's violence-wracked Rakhine state, raising fears there could be many more casualties.

Scores of people have already been killed attempting to cross the Naf border river since a fresh upsurge in violence in Rakhine on August 25, many using small fishing boats unsuited to the rough coastal waters.

"So far, the bodies of five male and female children have been found at different locations," he told AFP.

More than 125,000 refugees have flooded across the border into Bangladesh.

Most are Rohingya, a Muslim ethnic minority that the government of Buddhist-majority Myanmar largely does not recognise as citizens.