Narendra Modi is scheduled to attend the summit of Brazil, Russia, India, China and South Africa being hosted by Chinese Prez Xi Jinping. 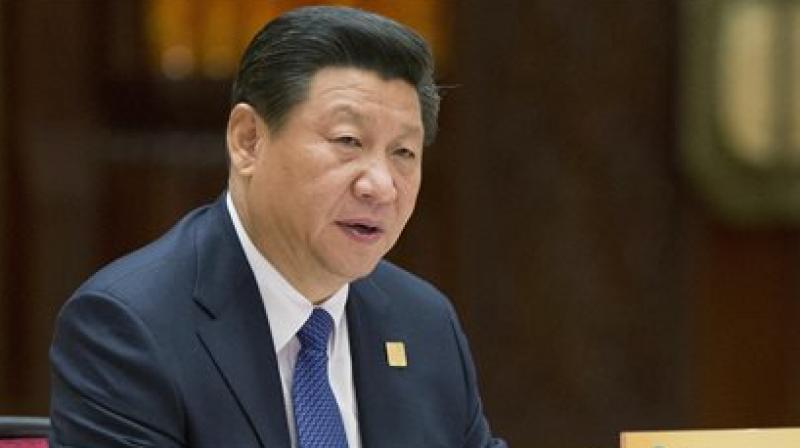 The summit will discuss the organisation’s role in global governance, a faltering economic recovery and setbacks in globalisation, the Xinhua commentary said. (Photo: AP)

Beijing: Notwithstanding the India-China tension over the Doklam standoff, Beijing is upbeat about the next month’s BRICS summit to be held in the Chinese city of Xiamen, expecting “concrete cooperation” among the five emerging economies.

“I think this year’s summit in Xiamen will produce more practical and concrete cooperation, and improve trust and confidence among BRICS,” Shen Yi, director of the centre for BRICS studies at Fudan University was quoted by state-run Xinhua news agency in a commentary on the upcoming summit.

There is no word yet here whether the two leaders would be meeting on the sidelines of the summit as the standoff between Indian and Chinese troops continues at the Doklam area of the Sikkim Sector, making it the longest stalemate between the two militaries in recent years.

India and China have been locked in a prolonged standoff in the area in the Sikkim sector since June 16 after Chinese troops began constructing a road near the Bhutan trijunction.

Bhutan has protested to China, saying the area belonged to it and accused Beijing of violating agreements that aim to maintain the status quo until the boundary dispute is resolved.

India says the Chinese action to construct the road was unilateral and changes the status quo. It fears the road would allow China to cut off India’s access to its northeastern states.

The summit will discuss the organisation’s role in global governance, a faltering economic recovery and setbacks in globalisation, the Xinhua commentary said.
“BRICS: stronger partnership for a brighter future” will bring together the leaders of all the five countries, it said.

The “gold bricks countries” — a Chinese translation of BRICS — represent emerging markets and are the voice of the world’s developing countries, it said, without referring to the current round of India-China tensions over Doklam.

The Xinhua commentary also highlighted Chinese Foreign Minister Wang Yi’s assertions in the past about BRICS Plus under which China says the five-member bloc should expand cooperation with developing countries.

Last year, India which hosted a summit in Goa invited leaders of BIMSTEC (Bay of Bengal Initiative for Multi-Sectoral Technical and Economic) in which Bangladesh, India, Myanmar, Sri Lanka, Thailand, Bhutan and Nepal are members.

China is yet to release its list of guests to meet on the sidelines of the BRICS summit.
China does not want to limit future cooperation to the five nations. In March, Foreign Affairs Minister Wang said that China would explore expansion modalities for “BRICS Plus” and build a wider partnership through dialogue with developing countries and international organisations, the commentary said.

“BRICS plus” will provide opportunities for other economies and inject impetus into economic globalisation, it quoted the chief economist of the Eurasian Development Bank Yaroslav Lissovolik as saying.

“The proposals of Minister of Foreign Affairs of China Wang Yi regarding the expansion of the BRICS partnership zone are not only timely in the light of China’s presidency of BRICS, but they are also aimed at giving new impetus to integration processes in the complicated conditions of protectionism’s spread in the world economy,” Lissovolik said.

Observers say that BRICS is consensus based organisation and consent of the five required for its expansion.

Together, the five countries accounted for 23 per cent of the 2016 global economy, almost double their share in 2006. The five have been the source of more than half of global growth in the past ten years.

“BRICS cooperation has not only helped the countries themselves, but enhanced the right to speak on global issues for all developing countries,” said Ruan Zongze, executive vice president of the China Institute of International Studies.

As the holder of the BRICS presidency this year, China is hosting the series of meetings which usually precedes the leaders’ summit.

Earlier this week, trade ministers met in Shanghai and agreed to unite against protectionism and to do all they can to ensure the survival of the multilateral trade system.

In late July, a BRICS security meeting was held in Beijing, with discussions on global governance, anti-terrorism, the internet, energy, national security and development.

With the progress of the past ten years and a more inclusive attitude, BRICS are prepared not only for the Xiamen summit, but for another golden decade to come, the commentary said.