The Peace and Friendship Treaty is a bilateral treaty between Nepal and India for establishing a close strategic relationship. 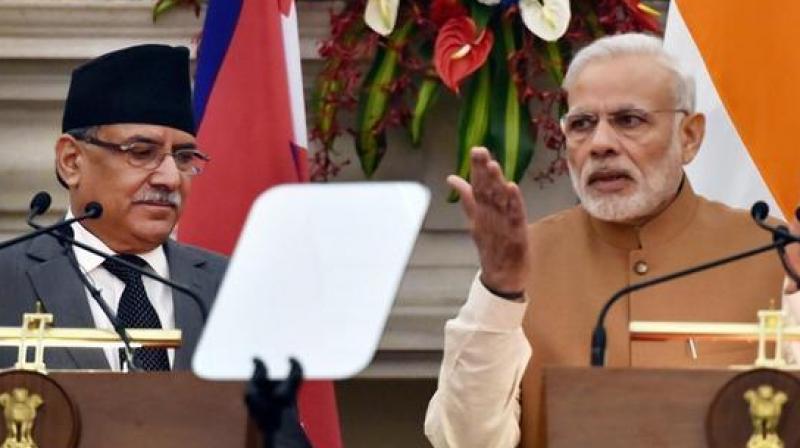 Kathmandu: India and Nepal on Thursday agreed for further studies and discussions on updating and reviewing some of the bilateral agreements including the crucial Peace and Friendship Treaty signed in 1950.

This was decided at the third meeting of the India-Nepal Eminent Persons' Group which concluded here on Thursday. During the two-day meeting, the Nepalese and Indian sides held extensive talks on the treaty and on several bilateral issues, former Nepalese ambassador to India and leader of the Nepalese team Bhesh Bahadur Thapa said.

The 1950 treaty is a bilateral treaty between Nepal and India for establishing a close strategic relationship. The meeting mainly dwelt on three areas: Nepal-India cooperation in water resources, ways to reducing Nepal's huge trade deficit with India and the 1950 treaty.

"During the meeting, the entire gamut of Nepal-India ties were discussed," Thapa said. Bhagat Singh Koshyari-led Indian team took a positive note of Nepal's proposal regarding updating and reviewing some of the clauses of the 1950 treaty in the changed regional and global context, Thapa said.

"The remaining issues will be discussed during the fourth meeting of the group scheduled for May 29-31 in Dehradun," he said, adding that issues like regulating the open India-Nepal border and controlling illegal activities there were also discussed.

Those attended the meeting included Thapa, Nilamber Acharya, Rajan Bhattarai and Surya Nath Upadhyay from the Nepalese side, and Koshyari, Jayant Prasad, BC Upreti and Mahendra P Lama from the Indian side.

The Eminent Persons Group on Nepal-India Relations (EPG-NIR) is a joint mechanism consisting experts and intellectuals from Nepal and India that was set up in February last year to provide necessary suggestions to update all existing bilateral treaties and agreements.

Its first meeting was held in Kathmandu in July and second meeting in New Delhi in October last year. The EPG is supposed to submit its recommendations to the respective governments in July next year when its two-year tenure completes.