The archipelago was plunged into chaos on Thursday when the Supreme Court called for the release of 9 imprisoned opposition politicians. 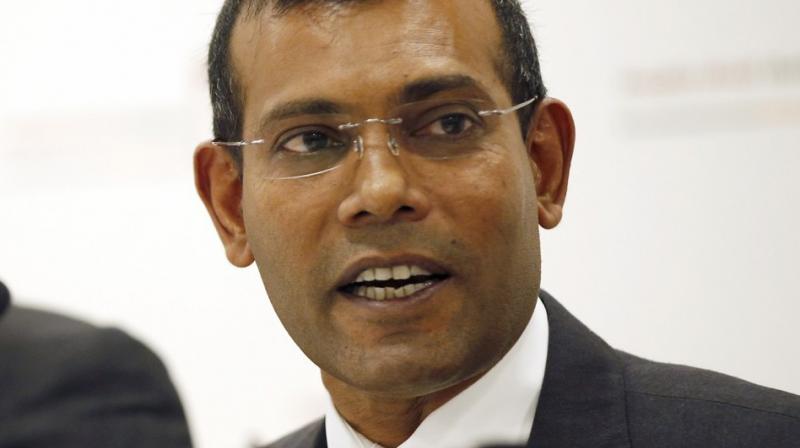 Colombo: Exiled former Maldivian president Mohamed Nasheed Tuesday urged India to "act swiftly" to help in resolving the ongoing political crisis in the island nation that escalated after President Abdulla Yameen declared a state of emergency and troops arrested the top judge of the country.

The archipelago was plunged into chaos on Thursday when the Supreme Court called for the release of nine imprisoned opposition politicians, ruling that their trials were politically motivated and flawed.

The government refused to implement the ruling, prompting a wave of protests in the capital, Male, with angry clashes between police and demonstrators.

Abdulla Yameen Monday declared a state of emergency. Within hours, Chief Justice Abdulla Saeed and another judge, Ali Hameed, were arrested. No details were given about the investigation or any charges.

Former President Maumoon Abdul Gayoom, who has allied himself with the opposition, was detained at his home.

Mohamed Nasheed, whose Maldivian Democratic Party functions from Colombo, asked for India's help. He urged India to "act swiftly" to resolve the crisis.

"President Yameen's announcement which declares a state of emergency, the banning of fundamental freedoms, and the suspension of the Supreme Court is tantamount to a declaration of martial law in the Maldives. This declaration is unconstitutional and illegal. Nobody in the Maldives is required to, nor should, follow this unlawful order," Mr Nasheed said.

"This deliberate refusal by the government to uphold the Constitution further destabilises the Maldives and wider Indian Ocean security," Mr Nasheed said.

Mohamed Nasheed, 50, the country's first democratically-elected leader -- was sentenced to 13 years in jail on terror charges in March 2015 over the arbitrary arrest of chief criminal judge Abdullah Muhammed during his presidency.

He was granted asylum in the UK after he was authorised to seek medical treatment there amid mounting foreign pressure.

Mr Nasheed was narrowly defeated in 2013 by President Yameen. He says his conviction on terror charges was politically motivated.

The Maldivian government holds that Mohamed Nasheed is convicted for a crime and is wanted in the Maldives to serve a jail sentence. Mr Nasheed said he will seek UN support to ensure he is allowed to contest.