The bodies of Nurul Islam Marzan and another suspected extremist were found after officers raided a property in Rayer Bazar neighbourhood. 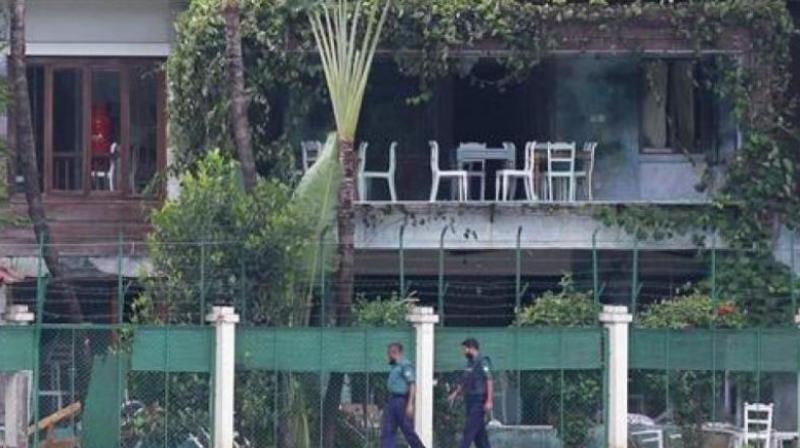 Bangladesh authorities have accused the same group of being behind a wave of killings of religious minorities, foreigners and rights activists. (Photo: AP)

Dhaka: An Islamist extremist accused of being one of the masterminds of last year's deadly siege at a Bangladeshi cafe was killed during a pre-dawn raid Friday in the capital Dhaka, police said.

The bodies of Nurul Islam Marzan and another suspected extremist were found after officers raided a property in Dhaka's Rayer Bazar neighbourhood, a spokesman for the Dhaka Metropolitan Police said.

"We found two bodies. One of them was Marzan and another was a suspected extremist," additional deputy commissioner Yusuf Ali said, adding that it was not yet clear whether Marzan died in a gunfight or committed suicide.

Ali said that Marzan, who was aged around 30, was "one of the masterminds" of the siege at the upmarket Holey Artisan Bakery on July 1 last year in which 18 foreign hostages were shot or hacked to death.

The Islamic State organisation claimed responsibility for the cafe attack, posting images of the carnage as it happened and photos of the gunmen who had posed with the IS's black flag.

But Bangladesh police rejected the claim, instead blaming a new offshoot of the Jamayetul Mujahideen Bangladesh (JMB), a homegrown militant outfit founded in 1998, for the attack.

Bangladesh authorities have accused the same group of being behind a wave of killings of religious minorities, foreigners and rights activists.