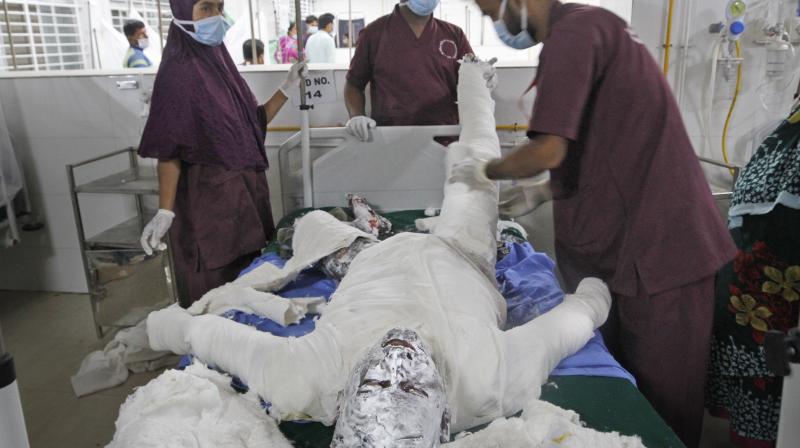 Dhaka: An underground gas pipeline near a mosque exploded during evening prayers outside the capital of Bangladesh, leaving at least 11 Muslim worshipers dead and dozens injured with critical burns, officials said Saturday.

By Saturday morning, a young boy and 10 others succumbed to their injuries as doctors at a burn unit of a state-run hospital were treating at least 37 people with up to 90% of burns on their bodies, said Samanta Lal Sen, a coordinator of the unit.

Most were in critical condition, Sen said.

TV stations reported that because of the impact of the blast, at least six air conditioners also exploded inside the mosque. Firefighters were investigating the cause.